Hewitt Commentary: The delicate balance between the CFL and TSN 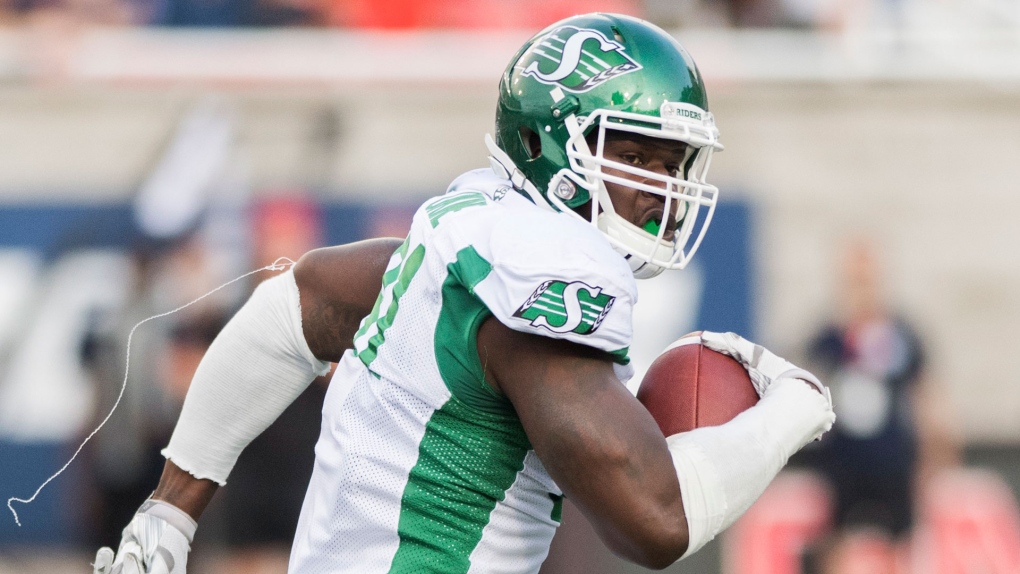 Saskatchewan Roughriders' Earl Okine recovers a loose ball and runs in for a touchdown during first half CFL football action against the Montreal Alouettes in Montreal, Friday, August 9, 2019. THE CANADIAN PRESS/Graham Hughes

The 5-3 Roughriders are on a bye week, so let’s look at a few points to ponder on the business side of the CFL.

Many times in life, there are imperfections with no obvious villain.

In football, the CFL short week is an imperfection without a bad guy.

Scheduling that hurts fragile CFL attendance is another example.

The relationship between the CFL and its television rights holder, TSN, is delicate, with the hope that both sides win. The better TSN does, the better for the CFL, and vice versa. A winning balance for both is difficult to perfect.

The short weeks are draining for CFL athletes playing on only five days' rest.

On top of that, travel is usually involved at the start, or end, of those brief five days.

With the increased physicality of CFL play, a body can’t properly recover in only five days. CFL players are sore pretty much the entire season, but an extra day or two of rest, playing six or seven days apart, makes a huge difference.

On Aug. 1, the Riders hosted Hamilton on a short week. The Men in Green travelled from Vancouver following a victory on July 27, thereby shrinking the five-day break to four and a half. In the second half against the Tabbies, the Jolly Green Giants started to run out of gas, before a “dig down deep” last-minute comeback.

The same thing happened to Calgary in Winnipeg — playing on a short week, the Stamps faded in the last thirty minutes, and lost the ball game. Calgary also had to travel to Winnipeg.

The short week lowers the quality of play.

The Roughriders were battered in the Hamilton slugfest, losing both of their starting defensive tackles to injury. A few days later, several other Saskatchewan players were hurt in practice.

When you are tired, the odds of getting injured rise significantly.

Thankfully there is only one short week left in 2019, when the Lions play in Winnipeg this Thursday, with poor 1-7 BC getting the short straw.

Without Thursday football, there would be no short weeks, so why is this allowed?

It’s the same reason it’s allowed in the NFL, although that league does a bit better job eliminating travel for short week teams.

Many Canadians head to the lake or cottage over summer weekends, or enjoy other warm weather weekend pursuits. TSN is hoping that Thursday night games will make sense for those on the go.

My old pal, the legendary fishing guru Jason Matity, loves Thursday night CFL games, because for the rest of the week, come hell or high water, he’s in a boat.

So far the Thursday night games attract fewer viewers, on average (except for when Saskatchewan plays), than Friday or Saturday night, and it takes time to change viewing habits.

Will these habits ever change?

Time will tell in Canada, but in the U.S., NFL Thursday night ratings are now ahead of the more traditional Monday night.

Singular games obviously draw higher ratings than multiple games competing against each other.

The revenues both football leagues receive from TV rights holders pay a lot of bills, including salaries (especially for the NFL).

TV contracts are signed with many specific clauses, including scheduling.

The CFL reportedly receives well north of 40 million smackers a year from TSN, in a deal that expires in 2021. For that amount of coin, TSN will expect, and should expect, some scheduling clout.

Sometimes however, what makes TV scheduling sense, does not compute to bums in seats. For example, Thursday night games at Mosaic are not preferable for out of town Rider fans, and it shows in the ticket sales.

In the NFL last season, TV ratings went up while attendance declined.

The big screen TV is a powerful force. So are empty stands.

Montreal has now tarped up seats at McGill stadium, making the paltry 16,580 fans who attended the Saskatchewan game look like a larger number.

Those 16,580 in attendance won’t pay all the bills, so it would be scary to think of the ownerless Montreal Alouettes without the TSN cash.

In fact, with CFL attendance currently in some decline (let's hope that turns around), it would be concerning to see the entire league’s financial state of affairs without the TSN dough, even though some of the attendance problems are due, only in part, to the compromised schedule.

TSN does a tremendous job of producing CFL games, the on-air product is impressive, so one trembles as to where the CFL would be without TSN.

Data from all CFL teams on the relationship between attendance and scheduling will certainly be studied further before a new broadcasting deal is signed. Issues are different here than below the 49th parallel, because the CFL relies more heavily on gate attendance for revenue - the Canadian television market is a fraction of that in the U.S.

It’s so complicated, but an honest, compromising relationship between the CFL and TSN is clearly critical.

Rogers Sportsnet is married to the Blue Jays. They own them.

Jays broadcasts often compete head to head with the CFL on TSN.

For a CFL member team like the Roughriders, there’s a lot at stake.