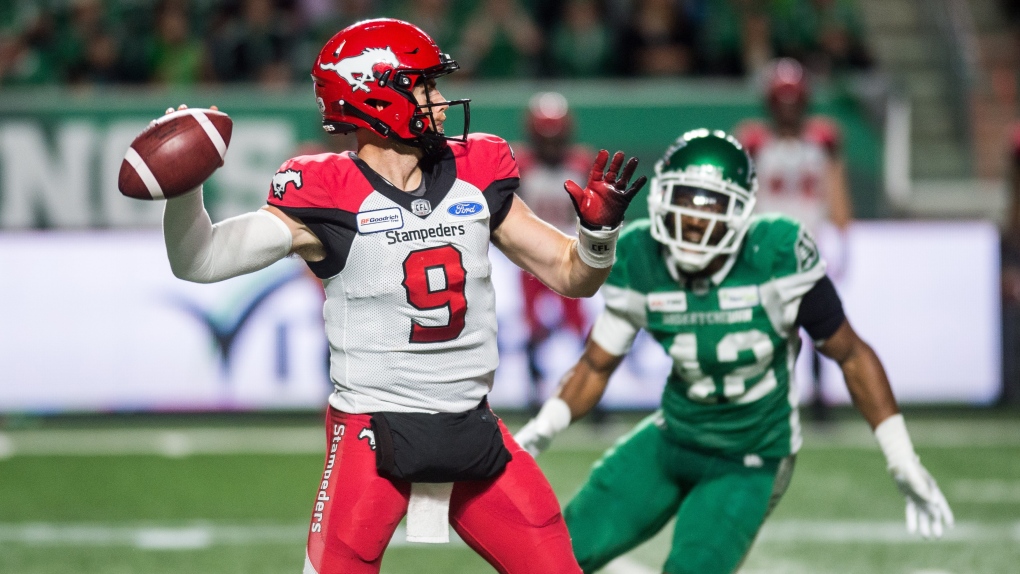 As the 1-3 Saskatchewan Roughriders enjoy a scheduled break, we the fans are left to ponder, how good or bad are they?

In the big scheme of things they are currently not good. How many 1-3 teams are good? The saving grace is that there are 14 games left to play in 2019; the 2011 BC Lions lost their first five games then won the Grey Cup.

What bothers me is the club’s last game against Calgary. The Roughriders looked like they were in a muck. There are two different kinds of muck: the real thick stuff you can’t get out of, or the soupier variety which allows you, with dogged determination, to wiggle out.

I don’t know what kind of muck this club is in at this point, let’s hope it’s not the bad stuff. If a team can completely remove itself from this muck, then look out, spectacular things can and will happen (2011 Lions).

Against Calgary, few Rider players had the intensity required to win a CFL game. Did the Head Coach have them ready to play?

To be honest, it didn’t seem like it. Motivation was strangely lacking.

Whether it was looking ahead to the bye week, or feeling sorry for yourself because of a short week, the effort level just didn’t cut it.

Yes Calgary is good, very good, but the best foot was not put forward.

So, are there any positives left with this lousy 1-3 start?

Is there any hope?

On defense, ugh, from last year's turnovers and TD’s, to this year's stale edition, which shows more holes than Swiss cheese (but not my socks).

So far in 2019, the defence has given up an average of 266 passing yards per game, while surrendering 96 on the ground.

Last year the stellar D gave up 246 yards passing yards per contest with 92 on the ground. So you see my point…

Hey, wait a minute, that’s not much of a difference at all!

A few more turnovers, certainly fewer penalties, a bit better execution, and the D can be back in business.

Cody had trouble with Calgary’s zone defenses, but he’ll learn “a whole bunch” from that experience.

Once there is a larger sample size, we’ll get a better understanding as to whether Cody can be a long term CFL starter. Man, I sure hope he can relax and do it, he certainly has talent, what a wonderful person.

Speaking of a wonderful person, that description also fits our head coach, but some fans think he’s “too” nice.

Is Craig Dickenson too soft?

Rider GM Jeremy O’Day strongly believes he is not, in any way shape or form, so for me, for now, that’s certainly good enough.

Dickenson has been around a “whole pile of football”, including the NFL.

The NFL is the toughest league in the world. Nobody is soft.

Coach Craig is an evolving rookie head coach, he’s very different from Chris Jones, but like Shivers, he too will improve in his role as the head honcho as this season progresses. Craig understands the CFL.

So in conclusion, it’s obvious, the Roughriders have to play better football once they return to action July 20th vs BC.

Is there any hope?

Quite frankly there are also worries this could go either way.

I do know this;

The will to win is an amazingly powerful force. It separates.