Some of Saskatchewan’s rural communities continue to have lower than anticipated vaccination uptake, according to the latest COVID-19 modelling from the Government of Saskatchewan.

In the province’s Far North West, uptake for both first and second doses were less than 50 per cent, but uptake is at 95 per cent in the Melfort area. 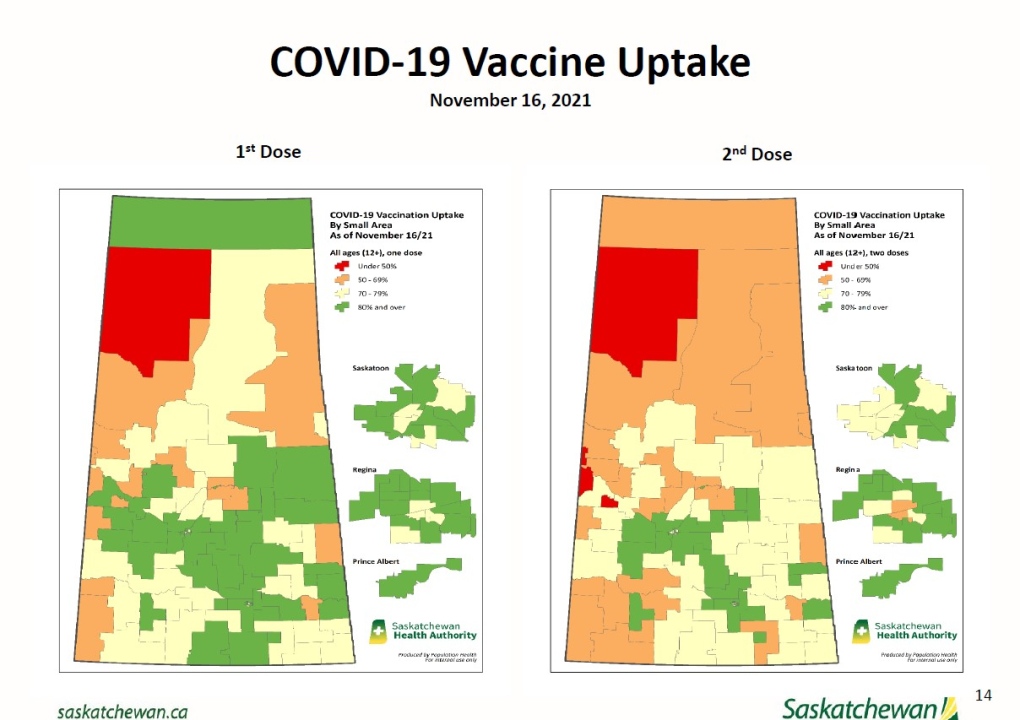 But Dr. Shahab said the modelling for vaccine uptake by geographical region can be skewed due to population density in certain areas.

“Many of these large geographies have a sparse population so visually, you know, the red and the yellow and the orange seems vast, but we know about 50 per cent of the population is in Regina and Saskatoon. So many of these regional urban hubs also have high vaccination uptake,” he said. “It's hard to display these things perfectly.”

Due to access to vaccination clinics and transportation in larger urban centres, Dr. Shahab said Regina and Saskatoon are better equipped to address vaccine hesitancy resulting in higher vaccine uptake. He said it is up to community leaders to encourage vaccination in hopes of avoiding a fifth wave.

“I think we’re still in around 2,000 vaccines per day, first and second dose,” Paul Merriman said. “We need to increase that. It’s going to jump up when the Johnson & Johnson, and the children are eligible.”

Daily hospital admissions are down 29 per cent in the last two weeks and ICU admission are down 41 per cent.

Saskatchewan remains first among Canadian provinces in hospitalizations and ICU admissions per 100,000 people.

Sixty-seven per cent of COVID-19 ICU admissions occurred within 24 hours of arriving at the hospital.