Crews are on-site cleaning up the wreckage of a train that derailed on Tuesday night near Craven, Sask.

The train derailed while crossing Highway 20 just south of the village, blocking the roadway for several hours. Crews were able to clear and reopen the highway around 3:30 p.m. on Wednesday.

CP Rail confirmed a train hauling potash was involved in the crash, in an email to CTV News.

It said there were no injuries and there are no public safety concerns. Cleanup of the site is underway by CP crews. The company is investigating the incident.

The Village of Craven asked residents to avoid the area to allow emergency crews to work, in a Facebook post on Tuesday night.

Pictures included in the post show multiple train cars piled up and damaged just off the road.

The Lumsden Fire Department said it was dispatched to the area south of Craven just before 10 p.m., in a tweet.

It said the highway was completely blocked off at the rail crossing. The road is expected to be closed for "some time."

Train derailment at Craven #SKHwy20 expected to be closed for some time. pic.twitter.com/Pa5dEV3zjn

“There still will be cleanup to do, there's going be a pile of potash there but they're just ensuring the track is stable. Their first objective is to get the track open so that they can get rail open again, but at the same time make it safe for vehicle to have to go over too,” Scott Montgomery, the Mayor of Craven, said Wednesday.

'THE SPOOKIEST, SCARIEST THING EVER'

Maria Fuller said she was driving into Craven with her sister around 9:40 p.m. when she noticed the highway was blocked by the train. As they approached the intersection, the pileup of train cars came into view.

“Just to the right side, there was a pileup 30 to 40 metres high of train,” Fuller said, in an interview with CTV News on Tuesday night. “It was just the spookiest, scariest thing ever.” 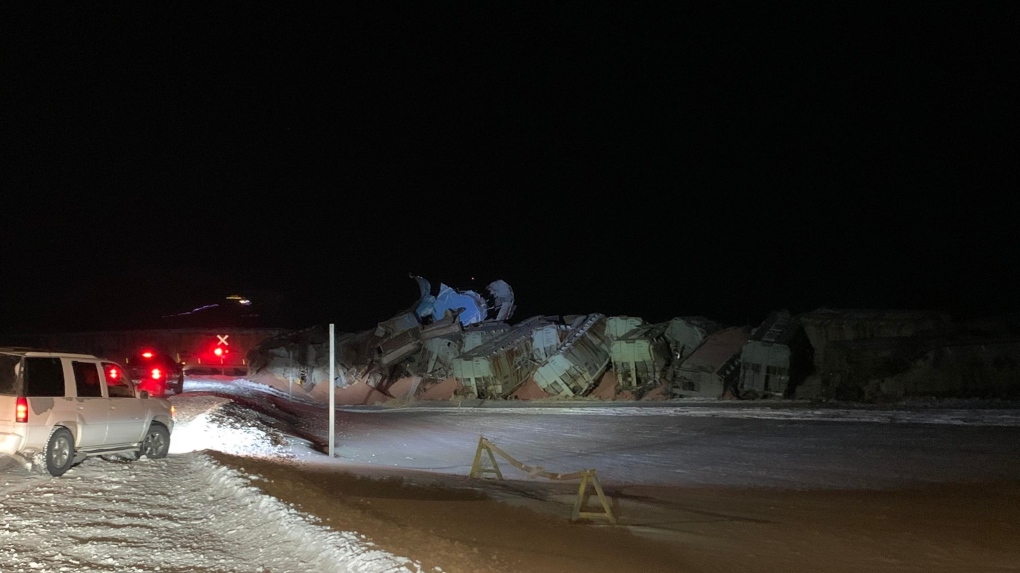 Fuller said the roads were not too icy and the visibility was good on Tuesday night. After they realized what happened, she said her sister called 9-1-1 before they turned around to take a different route home.

“She had said that it had just been reported. We turned around and we were headed back to try to get home another route. We passed all the emergency vehicles coming,” she said. 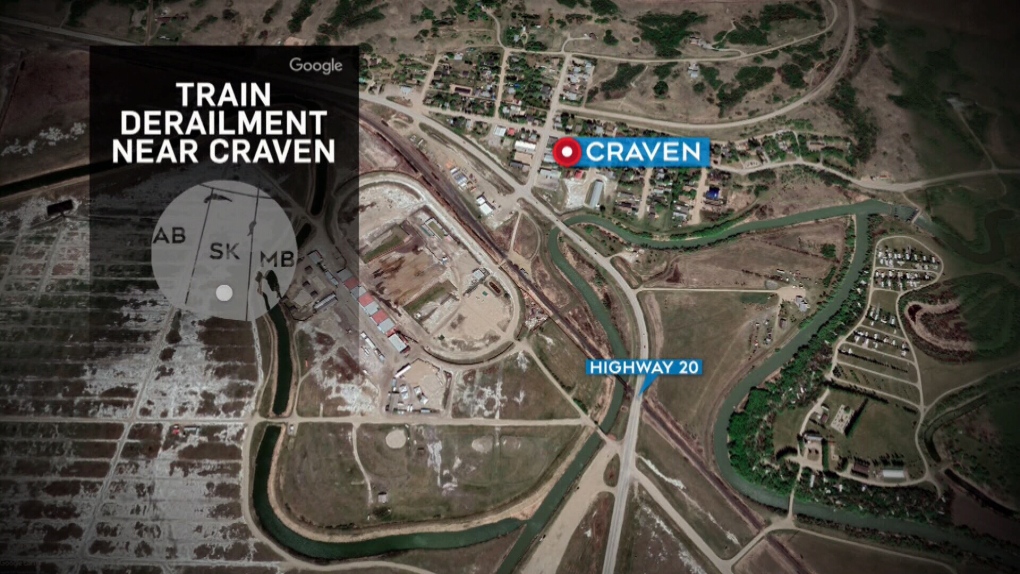 The Highway 20 railroad crossing is located just south of Craven.

Ukraine's richest man filed a lawsuit against Russia at Europe’s top human rights court on Monday, seeking compensation over what he has said are billions of dollars in business losses since Russia's invasion.

What's the impact of a Russian debt default?

Russia is poised to default on its foreign debt for the first time since the Bolshevik Revolution more than a century ago, further alienating the country from the global financial system following sanctions imposed over its war in Ukraine.

Over 1 million U.S. voters switch to GOP in warning for Dems: AP report

A political shift is beginning to take hold across the U.S. as tens of thousands of suburban swing voters who helped fuel the Democratic Party's gains in recent years are becoming Republicans.