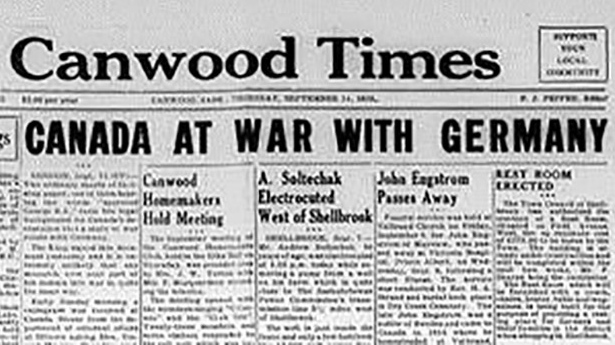 The province of Saskatchewan has added historic newspapers to the provincial archives' online collection.

The province says the papers are being digitized to commemorate the 80th anniversary of the start of the Second World War. Newspapers from 1939 to 1945 will be available at Saskatchewan Historic Newspapers Online.

“Researchers interested in family history, military history and community engagement in the Second World War can now read online reports from Saskatchewan’s towns and cities,” Minister Responsible for the Provincial Archives of Saskatchewan Ken Cheveldayoff said in a news release. “Insight into what was happening in Saskatchewan during this period is brought to life through these newspapers.”

Provincial archivists are also working to digitize the remainder of Saskatchewan's community newspapers from the period before the end of 2020. The project will include around 560,000 pages of papers from nearly 160 publications.