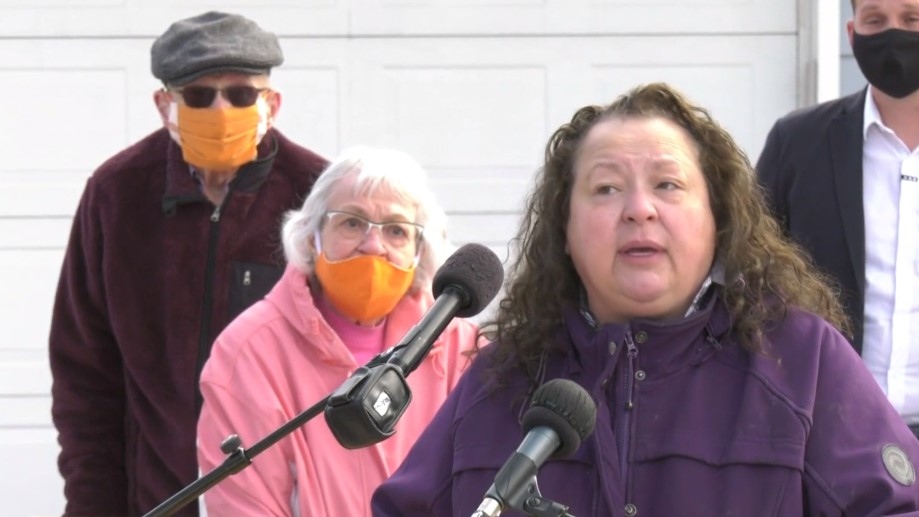 REGINA -- The Saskatchewan NDP say many seniors on fixed incomes will now pay an additional $300 a year for home care services, a cost that is concerning some families.

Speaking during a campaign event on Wednesday, NDP leader Ryan Meili said the extra costs come at a time when people need help.

“The Sask Party raised the PST, seniors are paying more for prescriptions and hearing aids, and they’re charging families more for home care,” Meili said. “It makes it harder for seniors on a fixed income to pay bills and to stay healthy and safe.”

Meili was joined by a family that is seeing their home care costs increase.

Zenny still feels the effects of when she had polio, and can’t support John by herself, Christine said.

“He and my mother live in home because of excellent and compassionate care they get from care workers,” she said.

Christine charged that Sask Party leader Scott Moe is playing games with words when he says there won't be cuts.

“These are our most venerable and most vulnerable citizens. Imagine if this was your mother or father?” she said. “Shame on you, Mr. Moe, shame on you.”

In a statement, a Sask Party spokesperson said they aren’t aware of the specific circumstances of the family.

It said the Sask Party government has increased funding for homecare by more than 50 per cent since 2007, with $195 million being spent annually.

“Through this funding, our government subsidizes approximately 97% of the total cost of home care services,” the party said. “For clients who want more choice to arrange and manage their own supportive services, our government has increased the amount spent on individualized funding for homecare by 257% since 2007, to a total of over $8.6 million annually.”

The Sask Party has pledged to increase the maximum benefit under the Seniors Income Plan, as well as reduce ambulance bills and eliminate charges for inter-hospital transfers for seniors.