Hometown Heroes: How a Weyburn couple saved their neighbor's life

Cameron and Gail Weber have been heavily involved in bettering their community, but their latest act of kindness literally saved a life.

Sept. 2, 2021 was a day like any other on Sixth Avenue East in Weyburn. John Lawrence was out mowing his lawn when he stopped to catch his breath in his front yard.

“I felt nausea and dizzy,” he said. “And so, I stopped and was leaning against the front step just to try and catch my breath. And apparently that’s when I passed out and I was laying on the ground.”

Lawrence had collapsed due to an obstructed valve in his heart, caused by a childhood illness. He lay unconscious and on his back as blood began to fill his mouth. Through sheer coincidence, Cameron Weber, who lived a couple of houses down, was passing by to deliver flyers as he did on every Thursday. 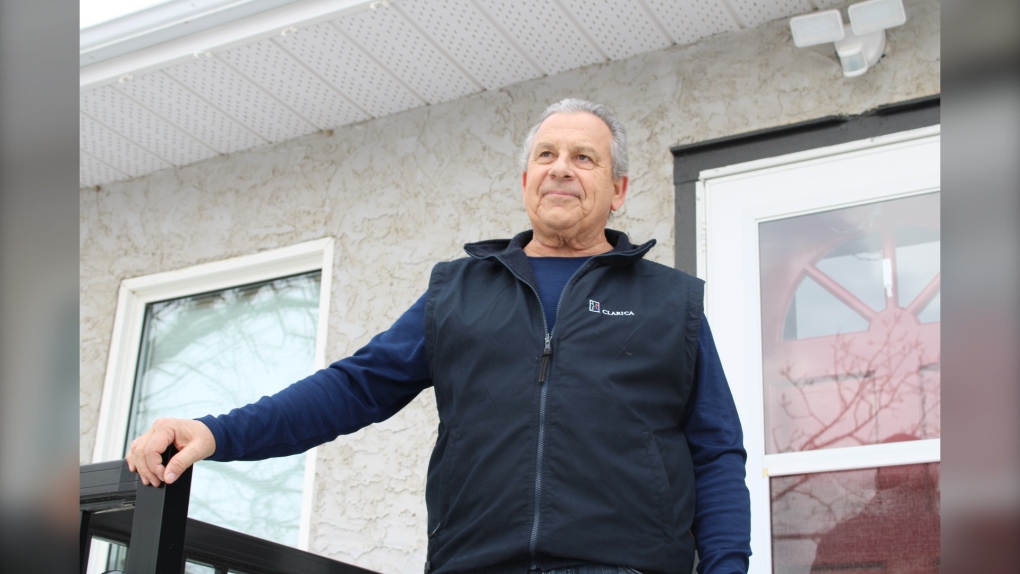 “I noticed a person lying on the ground out near the steps of his house,” said Cameron. “So, I called out his name and there was no answer. I went running up and it was John.”

Weber attempted to wake up Lawrence to no avail. He quickly ran home and told his wife Gail to call 911.

While the couple waited for the ambulance, they moved Lawrence onto his side and into the recovery position, stopping him from suffocating on his own blood and surely saving his life.

“We didn’t have time to think about it,” Cameron said. “We just did what we needed to do.”

Eventually the ambulance arrived and Lawrence was rushed to the hospital. Even though the couple had undergone First Aid training, the experience was still harrowing for them both.

“I was trying to remain as calm as possible,” said Gail. “But on the inside, I felt very anxious and almost panicky because you see somebody in distress and you don’t know what the issue is and you feel helpless.”

Lawrence was transferred to Regina General Hospital after tests confirmed that his restricted valve was the problem. Five days after the incident, he underwent open heart surgery, which was a success.

“Prior to this, I was noticing that I was getting tired all the time and I didn’t have the strength I normally had and I was just chalking it up to being old,” he said. “But since then, my heart is now working properly so I can do a lot more and I’m feeling a lot better.”

As for Cameron’s perfect timing in discovering Lawrence unconscious, he believes it was meant to happen that way.

“It was orchestrated, I believe, by God because the timing was just right,” he explained. “If I had been a little later, he would’ve been gone and if I’d been a little sooner, I would have missed him.”

Lawrence agrees that the timing couldn’t have been more perfect.

“Yeah, and it coincided with him delivering his flyers that he delivers every Thursday,” he said. “So, it’s odd but true.”

Lawrence is grateful for all the support he received during his time of need, from the hospital staff who cared for him, to all those who sent him messages of support over social media. However, he is most grateful to the Webers for saving his life in the first place.

“Thanks again to Gail and Cam for looking after me,” he said. “Had that happened in the backyard we would be having a much different story.”

The experience has definitely brought the houses closer together.

“When somebody saves your life,” said Lawrence. “It turns a new page in your relationship that’s for sure.”

The Webers were touched that Lawrence nominated them to be CTV’s Hometown Heroes. However, they maintain that what they did for their neighbor and friend was not deserving of any attention.

“We don’t feel that we’re heroes,” said Gail. “We feel like this is just something that we would do for anyone.”