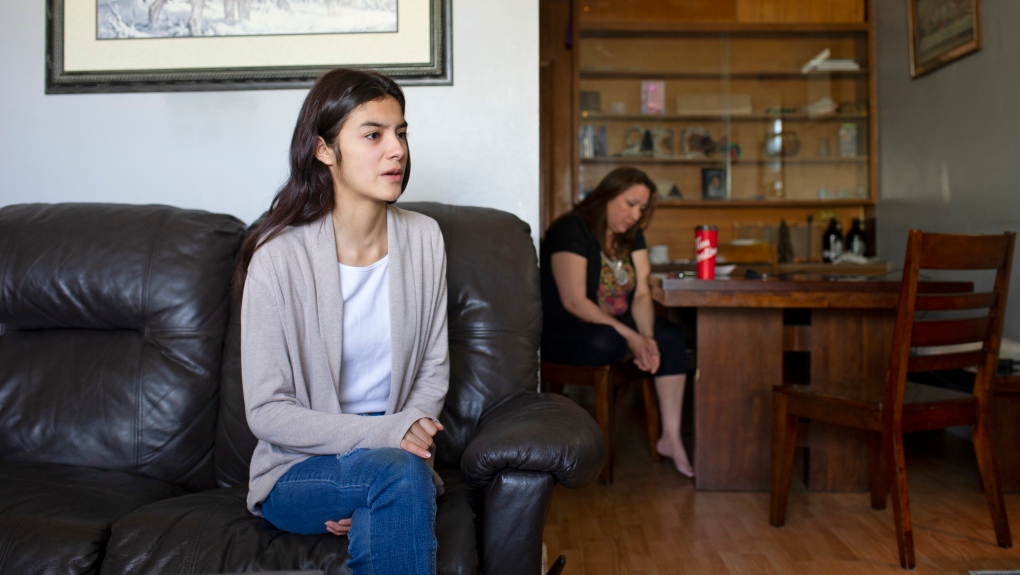 Kahaila Morris, left, and her mother Melissa Friday, right, are still looking for answers regarding the death of Morris's father, Geoff, who was shot and killed by a Regina police officer in May of 2019. THE CANADIAN PRESS/Mark Taylor.

REGINA -- Kahaila Morris made a point of walking by the police office near her high school as often as she could.

It was a fear the 16-year-old wanted to overcome.

But she's still afraid to call police should she someday need help, she says. The dread was fuelled after her father was shot and killed by Regina police one year ago.

"It still kills me inside because they don't give us answers. And we deserve the answers," Kahaila tearfully told The Canadian Press.

"I wanted to live on for him. And I can't live on without knowing what happened to him."

The death of Geoff Morris, 41, was the second fatal police shooting in Regina in about 20 years. 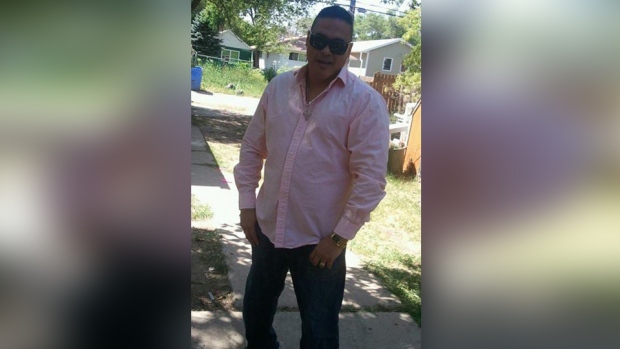 Police Chief Evan Bray has said officers went to an apartment to check on a disturbance on May 4, 2019. Officers allegedly found Morris armed with a knife and holding a woman hostage.

Police tried de-escalating things, Bray said, but an officer feared someone could be seriously injured and fired his gun.

The officer involved in Morris's death, a 15-year member of the force, was given time off and has since returned to duty, says police spokeswoman Elizabeth Popowich.

Regina's major crimes unit investigated his death and a government-appointed observer was tasked with producing a final report. Popowich says police recognize the lengthy process is hard for the Morris family.

Saskatchewan's Coroners Service has also had to delay the scheduling of inquests because of the COVID-19 pandemic and expects one to be held for the case in 2021.

Donald Worme, a Cree lawyer experienced with police inquests in Saskatchewan, says such deaths always come as a shock to loved ones, regardless of the circumstances.

"You do not expect a family member to meet their end at the hands of those that are there to protect and serve."

Kahaila says she doesn't want people to view her dad as a monster.

As his youngest daughter, she says she was daddy's girl. She remembers sitting between his legs as he fixed her hair. And despite an intimidating appearance, the Indigenous man was sensitive, funny and loved kids.

But the two drifted apart. Several years before, an older step-sister had died. After that Morris lost himself, she says, and had run-ins with the police.

Three months before his death, he posted on Facebook about depression, self-medicating with drugs and alcohol, and thoughts of suicide.

Kahaila believes he died while in crisis and questions why police used lethal force.

"He was just a human being going through something."

The provincial government has acknowledged how police matters like Morris's death are handled should change.

Saskatchewan is one of the few provinces without an independent civilian-led agency to investigate police action that results in serious injury or death. Without one, it's left up to the police services -- an approach criticized over concerns around transparency.

The Ministry of Justice has received support from the Saskatchewan Association of Chiefs of Police as well as the Federation of Sovereign Indigenous Nations to implement an independent watchdog and has said it's reviewing best practices.

Justice Minister Don Morgan says in a statement that the pandemic has required a shift in the department's priorities to maintain services, and some money will be spent to enhance police oversight this year with plans to move ahead on more improvements "when we are able to do so."

Worme says people in the province have been crying out for change, but there doesn't seem to be the political will to follow through.

"'We're looking into all options,' quote unquote, is really a polite way of telling folks to get lost," he says.

Lawyer Scott Spencer, who has also worked on inquests, believes the hardest part for families is the delay in getting reliable information about what happened, while police protect their investigations.

Kahaila says she has coped with her loss through praying, and has put down offerings of tobacco.

She says her family had also hoped to hold a walk in her father's memory on the anniversary of when he died, but couldn't because of the pandemic.

It's painful to think nothing may come from his death, she says.

This report by The Canadian Press was first published May 26, 2020