'I have no doubt jumping into that airplane': Snowbirds remain confident in Tutor jets following crash 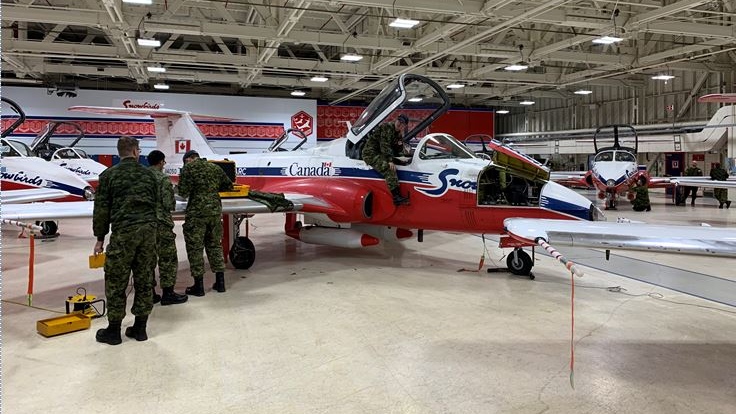 The past six weeks have been trying for the Canadian Forces Snowbirds.

A crash at an air show in Atlanta grounded the 431 Air Demonstration Squadron, ending their 2019 show season.

The Snowbirds returned to home base at 15 Wing Moose Jaw last week and now an investigation is underway to see what caused the crash.

“They’re going through with a fine tooth comb to see what’s going on,” Lt.-Col. Denis Bandet, Snowbirds Team Lead, said. “They just want to make sure that any doubts or confidence in the airplane is reaffirmed.

“From a team perspective, it was a point for reflection and just going through the events that unfolded in Atlanta that weekend and it’s been mostly a waiting game.”

Following the crash, the Snowbirds’ team spent a week in Atlanta before being transported back to Moose Jaw. They received the ‘okay’ to fly the planes back to their home base last week. Since returning to 15 Wing, the planes will be on the ground until the investigation is completed.

“We took an operational pause, our air force wanted to see what happened to the aircraft, so they’re looking at all the root causes,” Bandet said.

“The benefit for us is we’re not under pressure to get the airplanes in the air. We have a flight safety team that looks into and investigates the crash.”

Capt. Kevin Domon-Grenier suffered minor injuries when he ejected from his plane on Oct. 13. No one else was injured in the crash.

The Snowbirds have used Tutor jets since 1971 and plans are in place to replace the aging aircrafts by 2030, however, Bandet says he feels safe every time he gets in the cockpit. 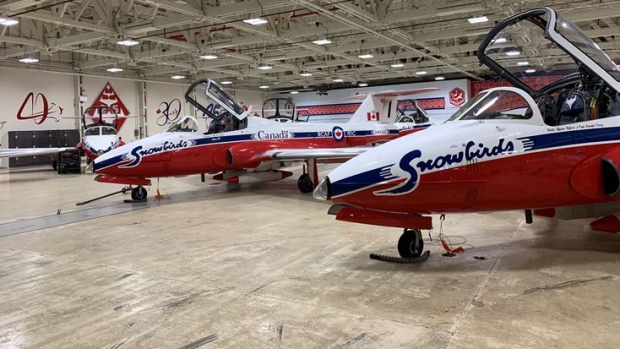 “I have no doubt jumping into that airplane,” he said. “I have every confidence in the world in the aircraft, the structure of the systems that we have in place, including everything from our safety systems to getting the airplanes up and down in the air.

“When they give us the green light, jump in there and go.”

There’s no word on if the 2020 show season will be effected by the investigation.

The remaining aircrafts are currently going through some winter maintenance.

Bandet said the team has turned their focus to preparing for the new season, which will be their 50th anniversary.

“We’re starting to look at the training plan, we have three new pilots that are on the team this year, so we’re looking at how to build up their training,” he said. “We’re looking at getting in 80-100 [training] shows before the team deploys to Comox in the spring.”

Bandet adds the 50th anniversary routine will feature some nostalgia with 30 performances around North America planned for 2020.