'I hope that screaming at the top of my lungs was not for nothing': Regina advocates react to Chauvin verdict

REGINA -- Many in Canada shared feelings of grief and relief following the conviction of former Minneapolis police officer Derek Chauvin for the murder George Floyd.

Chauvin’s sentencing is scheduled in two months. He could face decades in prison.

Activists and community members in Regina shared their reactions to the verdict.

Samuel said she is slightly rejoicing about the verdict, but won’t be fully relieved until Chauvin is sentenced. 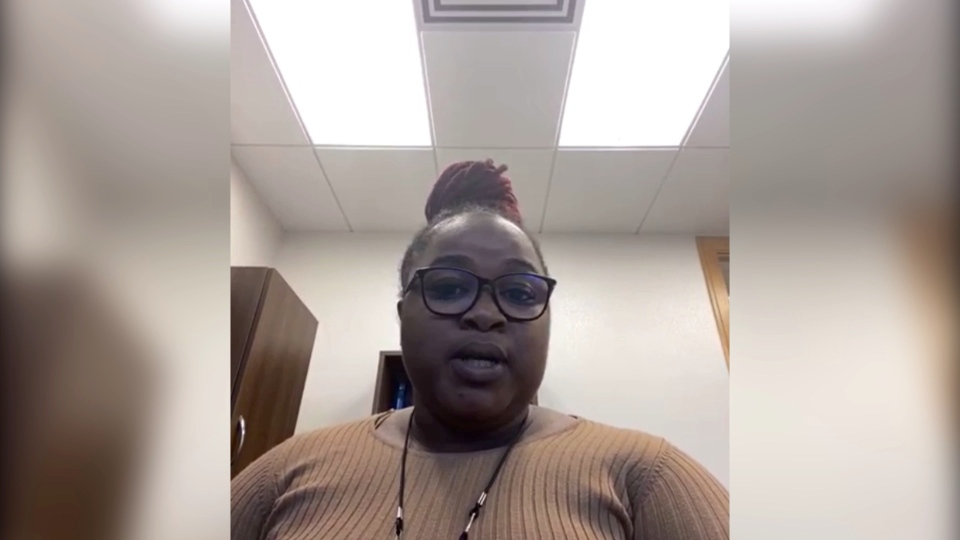 Sasha Samuel said she hopes the Chauvin verdicts are sign of more accountability for police, and that the Black Lives Matter protests served their purpose.

“I hope that screaming at the top of my lungs was not for nothing, and I hope that this is the start of many cases where people and law enforcement will know and understand that we have to treat people as equal under the law,” she said.

“Impoverished Indigenous and black citizens have helped the economy grow,” she explained. “Historically the killings of Indigenous people in this country [was] for the land and resources, currently keeping us in poverty maintains many government departments thriving such as the justice and corrections systems.”

She said she welcomes the verdict in Chauvin’s trial, but said minorities are still being killed by police.

“Kind of a sense of relief, in a sense, or maybe a vindication that there is accountability out there,” Desjarlais said. “Maybe it just opens the eyes that there needs to be a civilian oversight.”

Desjarlais’ son was the victim of a shooting in 2017. When she went to the authorities, she said it felt like the officers did not care, and believes their treatment would have likely been different if they were white. Desjarlais is Indigenous and her son is Black.

“It’s really good to see accountability in this one case that was so glaring. It would have been extremely disturbing had he not been found guilty,” Rhonda Rosenberg, executive director of the Multicultural Council of Saskatchewan, said.

Rosenberg believes the verdict would have been different if there had not been video evidence of Floyd’s murder, so it’s important for witnesses to take action.

She said when witnesses take video, it can be looked at by review boards, and can lead to systemic change.

“Make sure you’re not passive in that moment,” Rosenberg said. “Find the ways to keep yourself safe. Create a record of it, so that it can go where it needs to go.”

The Government of Saskatchewan recently announced a “civilian-led independent police oversight model”. The government is in the process of selecting and appointing an executive director for the Serious Incident Response Team (SIRT). It will be up to the executive director to hire the other members of SIRT.