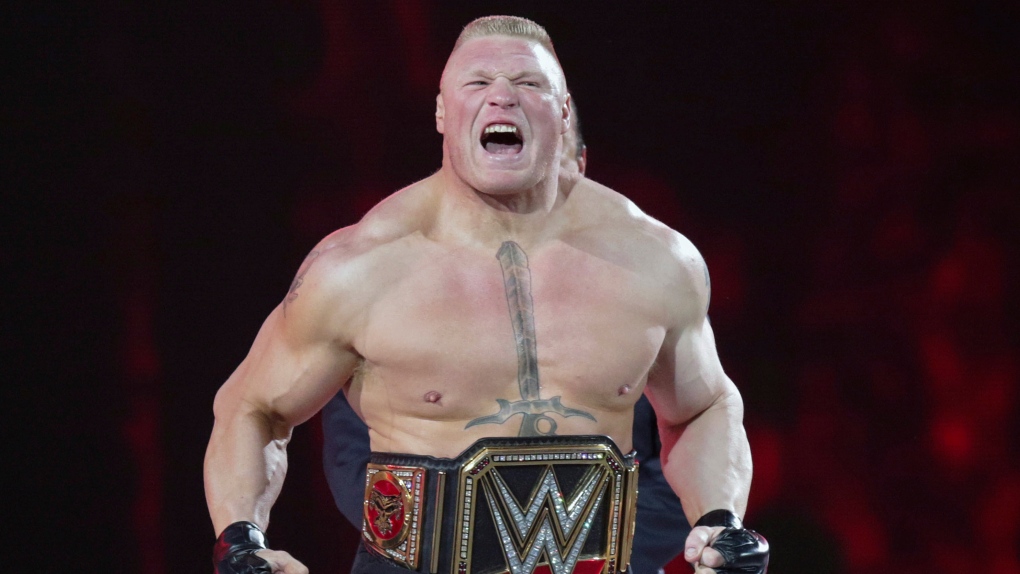 In this March 29, 2015, file photo, Brock Lesnar makes his entrance at Wrestlemania XXXI in Santa Clara, Calif. While real sports have shut down in the wake of the coronavirus pandemic, WWE has pressed on and is set to run this weekend its first WrestleMania in an empty arena. WWE stood firm that the show must go on and largely moved a card highlighted by stars Brock Lesnar and John Cena to its performance center in Orlando, Florida. (AP Photo/Don Feria, File)

WWE superstar Brock Lesnar gave a shout-out to his home province of Saskatchewan on Friday night.

During the WWE SmackDown, Lesnar used his Saskatchewan connection to intimidate his opponent -- Sami Zayn.

Is Brock Lesnar the new spokesperson for Tourism Saskatchewan? pic.twitter.com/D7KzdN3FKF