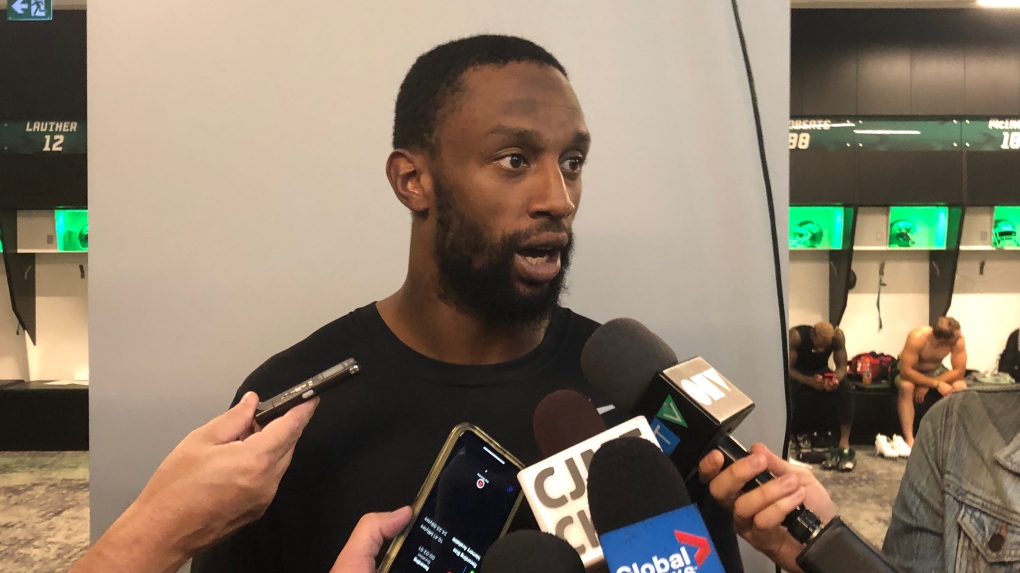 Wide receiver Kenny Stafford speaks to the media in Regina after being traded to the Saskatchewan Roughriders.

The Roughriders shook up their wide receiver group earlier this week, trading for Kenny Stafford from the Edmonton Eskimos.

Stafford took in his first practice with the team on Tuesday afternoon. He sees himself as a speedy receiver that can play all over the field.

“I know the game inside out, I can play all five positions,” said Stafford. “I’m just a veteran guy that just adds a little spice.”

He will be suiting up in his first game with the team on Friday, but he is stepping into a familiar offensive system having played under offensive coordinator Stephen McAdoo in Edmonton, winning a Grey Cup in 2015.

“We plug him in and go. He’s got experience in the system, he knows multiple positions and he can get us through some games,” said Dickenson. “He’s a good football player, I feel like he can come in and contribute right away for us, as either a starter or possibly that first backup in.”

Dickenson added that Evans is “not quite right” and will be looking to see if he practices on Wednesday to decide his availability for Friday night’s game.

But for Stafford, the familiarity with McAdoo’s offence helps and he said he is ready if his number gets called in Montreal on Friday and can be plugged into any spot in the wide receiver group.