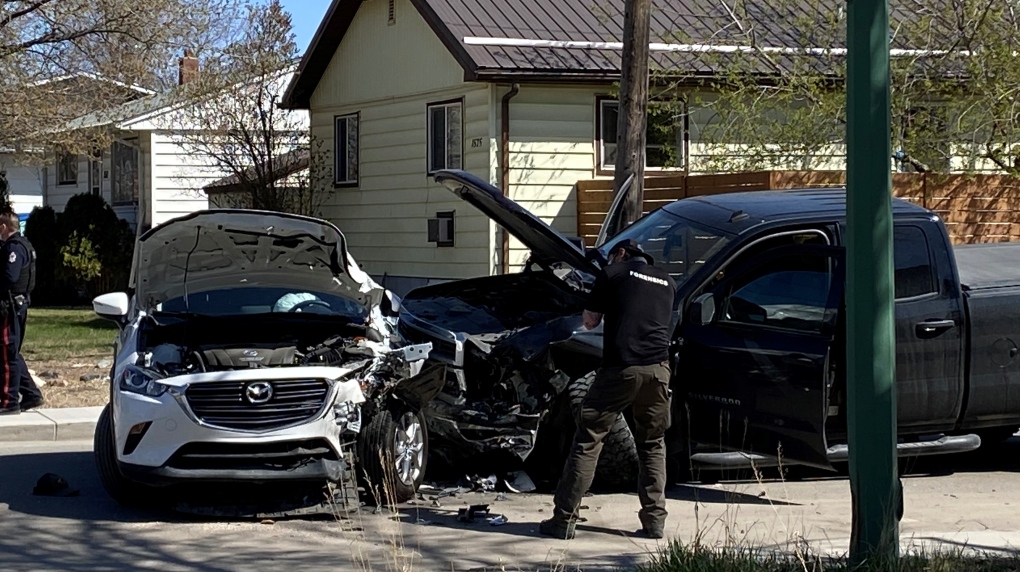 A pedestrian was sent to hospital with serious injuries after a collision Friday morning. (Gareth Dillistone/CTV Regina)

A Regina man is facing impaired driving charges following a crash on Friday that sent a pedestrian to hospital with serious injuries.

Police were dispatched to the area of 9 Avenue East and Rothwell Street around 9:45 a.m., according to a release from the Regina Police Service (RPS).

RPS said the preliminary investigation indicates a Chevrolet Silverado pickup truck travelling west on 9 Avenue East collided with a Mazda 3, parked on the south side of the street. The Mazda then collided with a pedestrian.

Following investigation, the driver of the Chevrolet was charged with impaired driving causing bodily harm.

The 23-year-old man will make his first court appearance on this charge on June 2, 2021.

The pedestrian, a 39-year-old man, was transported to the Regina General Hospital for serious injuries. Police say he is now in stable condition.