YORKTON -- Parts of southern Saskatchewan were under a severe thunderstorm watch or warning Sunday afternoon, which was captured by a Yorkton storm chaser.

The Yorkton area received an emergency alert about a tornado warning early in the evening, which was later lifted.

"I got a tornado warn storm in Melville and we were almost in the rotation at one point clocking over 100 kilometer winds,” Yorkton Storm Hunter, Ryan Crouse, said. “We had hail, a little bit of flash flooding on the road we were on and some of the nicest structure I've seen in years.” 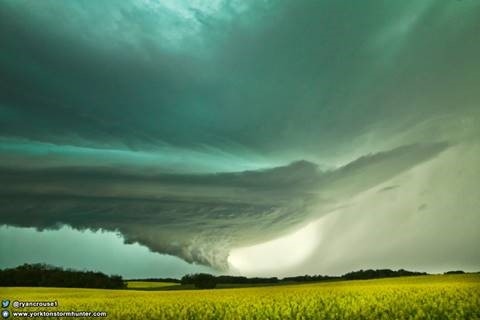 Crouse tracked the storm and was able to capture some photos. 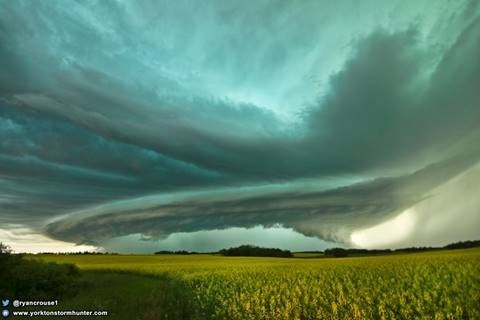 Environment Canada hasn’t confirmed whether a tornado touched down in the Parkland, but the Red Cross says it’s a great reminder to be prepared in case one ever does.

“It’s the preparedness part that’s so important. Making that plan but not just making that plan for yourself but you have to make sure that everyone in your house knows what the plan is to make it work well. So its preparing things like where would you shelter in your home if there was a tornado and understanding if you're not at home where's the best place to shelter.” Outreach coordinator in disaster management for the Red Cross, Georgiana Schuring, said.

While Saskatchewan is no stranger to storms, experts suggest having an emergency kit in place with items like water, prescriptions and canned food in case you have to shelter for long periods of time.

As for Crouse, he will continue to track storms in the Parkland.

“I think for the next three four days there was nothing major going on.. Not yet anyways but it can always change day by day.”

All photos courtesy of Ryan Crouse.