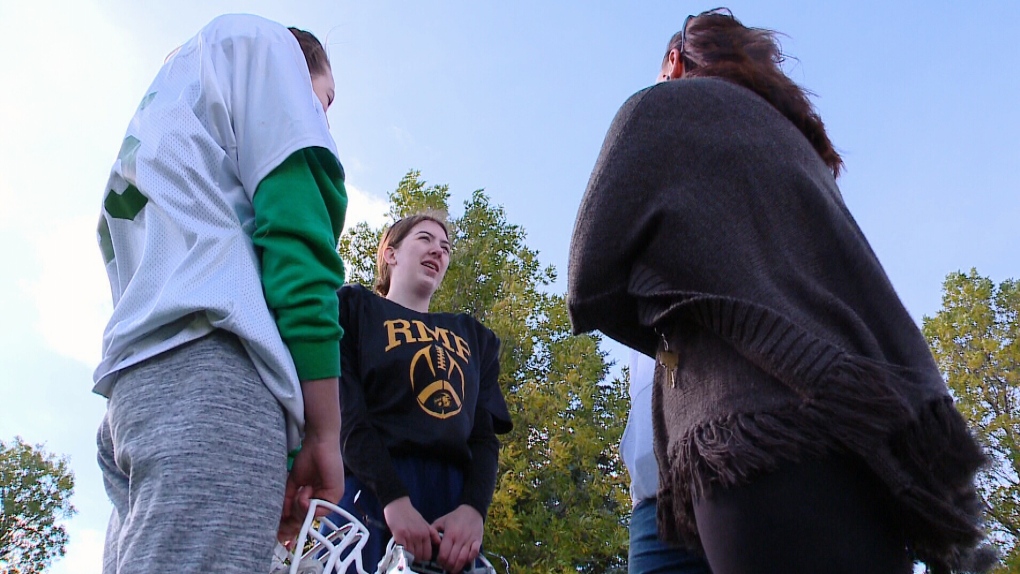 REGINA -- Hannah Ounsworth and her family were in court on Thursday, seeking an injunction that would temporarily place her on the Leboldus Golden Suns football team.

The Ounsworth family considered legal action after their daughter didn’t make the Dr. Martin LeBoldus High School football team. The family thinks she didn’t make the team because she is a girl.

At the heart of the arguments made by the family and the Regina Catholic School Board, was whether or not incorporating Hannah into the team’s roster now would have irreparable harm on Hannah, or the team.

The lawyer for the school board, Nicholas Cann, argued that granting the injunction would cause irreparable damages to the team, as the team is slated to play tomorrow in the city final game.

Cann said that adding Hannah to the team at this time would cause a distraction for the players, who are to focus on winning a city championship, and disrupt the chemistry of the team.

"There is an argument that nobody needed to be cut at all from this team, and certainly the reasons for choosing to cut Hannah -- one of which is a roster size cap at Leboldus, have been challenged and they don’t connect the dots,” Jaime Carlson, the Ounsworths lawyer said. “They don’t add up. And because of that, the family and certainly Hannah believe the decision has been made because she is a girl."

Justice McMurtry will provide her ruling Friday afternoon, before the city final game.