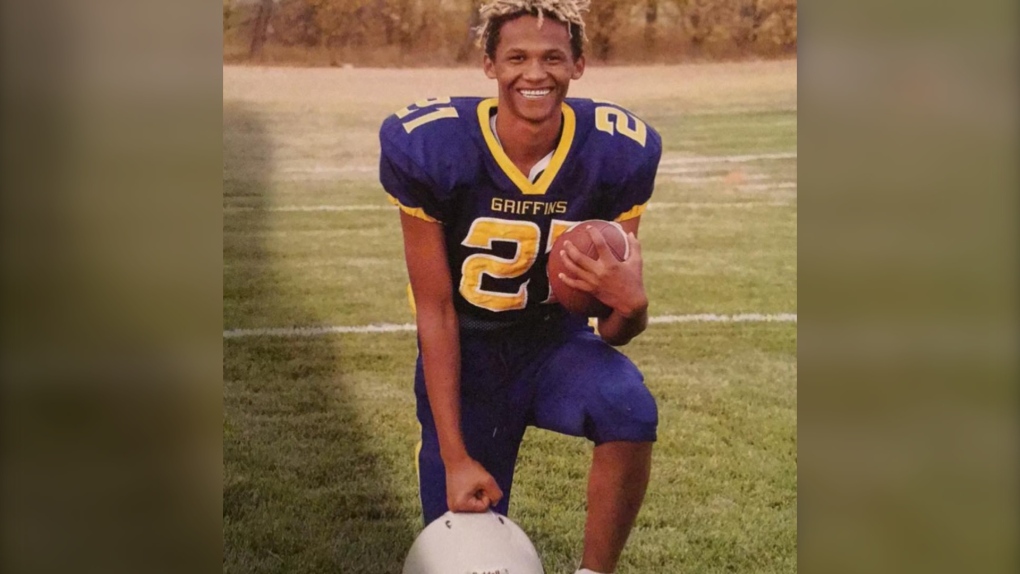 Kaleab Schmidt is pictured. He died by suicide on April 30, 2018 following a history of bullying. (Courtesy: Sandra Barker Schmidt)

REGINA -- As the Coroner’s inquest into the suicide of Kaleab Schmidt continues, his father shed some light on the days leading up to his son’s suicide, and his experience growing up in Africa.

Kaleab Schmidt was found unresponsive on his family farm on April 30, 2018. He attended Greenall High School in Balgonie, where his family said he experienced bullying and racism from other students.

The issues experienced by Kaleab at school were often highlighted by the life he left in Ethiopia.

Dean Schmidt called his son a “survivor of Africa” and described the poverty he grew up in. Dean said Kaleab was abandoned by his birth mother and "lived out of a box".Kaleab told him that he used to “crash weddings” to feed himself.

Dean said Kaleab was living with trauma that stemmed from his early life. His pain was reflected in his suicide note, where he mentioned physical and sexual abuse. He said his biological parents abandoned him and he was worked “like a slave”.

“I came to Canada hoping things were going to be different,” he wrote. “But for the past five years I’ve been unhappy. I tried to see the better side of life [but] there is no better side. Life isn’t worth it to me.”

The suicide note was found by an RCMP officer on Kaleab’s cell phone, along with approximately 20 texts he sent to friends just before his death.

Dean said on the morning of April 30, 2018, he spoke to his son about the bullying, racism and physical altercations he was involved in at school. He said Kaleab told him “you don’t know what it’s like”.

Dean said Kaleab’s past followed him and there was pain inside him that the family couldn’t take away.

When the inquest began on Monday, Kaleab’s mother Sandra Barker-Schmidt said her son was involved in two altercations that stemmed from racist bullying. She said Kaleab was called the N-word several times by his peers.

Sandra said she was unaware of any action by Greenall High School to address the bullying. Dean echoed his wife on Tuesday saying “I don’t think that they did anything”.

Dean said a video of one of the altercations shows Kaleab surrounded by bullies.  He said his son didn’t look for trouble, but he would stand his ground.

The altercation ended with Kaleab punching one of his peers in the face and knocking out several teeth.

On April 29, 2018, Kaleab was arrested and charged with assault causing bodily harm. That evening Sandra told Kaleab they could contact social services after hearing his desire to leave the family. 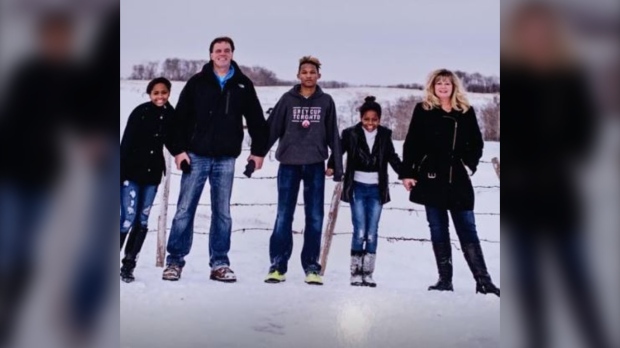 “We didn’t want him to leave,” Dean said. “We tried doing the best that we could. We thought if that’s what he wanted.”

It was just after 4 p.m. the following day when Dean said he found Kaleab. He had hanged himself in the family’s barn.

Dean said that Kaleab mentioned suicide prior to the day he died, and made an attempt a year prior, on May 11, 2017.

School did not mediate issues between Kaleab, bullies, staff says

Harding said Kaleab told him that it was hard being the “only black kid” at school. He was aware of racism experienced by Kaleab, and was the staff member who dealt with several of the physical altercations.

Harding said his response to the physical violence was to give time outs or suspensions to all involved. He said he hoped to keep constant communication with Kaleab and help him find a healthy way to deal with the issues he faced at school.

He said the school did not hold any mediation between Kaleab and the bullies after they returned to school.

Harding said there was no specific education regarding racism at Greenall High School and no “administrative changes” following Kaleab’s death.

She met Kaleab in February 2018, when he came to see her following conflict with a teacher.

He was brought to see her by the principal, Jason Weitzel, later that month after being involved in a physical altercation. Wagner said Kaleab expressed concern about his relationship with his father, and was worried about conflict with him, as Sandra was away.

Wagner said she spoke to Sandra, who told her Kaleab was making comments about suicide. Sandra said she and her husband had a hard time managing Kaleab’s behaviour at home.

Kaleab was seeking information about how to leave his family home, according to Wagner.

The inquest is expected to continue through the week.