'It all started with one': Sask. woman shares collection of more than 600 nutcrackers

'It all started with one': Sask. woman shares collection of more than 600 nutcrackers

There are Christmas collections, and then there’s Muriel Kramm’s nutcracker collection.

She has accumulated more than 600 nutcracker decorations of all shapes and sizes, over almost 20 years.

“I didn’t used to like nutcrackers at all. Then it was one day in the store and I thought ‘they look pretty neat,’ so I just started collecting them,” Kramm said. “It all started with one.”

That was in 2004, around the time her two children moved out of her home in Milestone, Sask.

“The kids left home, so these are my kids now,” she said, looking around at the nutcrackers that fill her living room, hallway and kitchen.

The collection grows every year as she finds unique figures to add. Her family, friends and neighbours help too.

“Milestone is a small town but everyone knows Mom is the nutcracker lady, so she’s easy to shop for now,” Janet Borschowa, Kramm’s daughter, said. 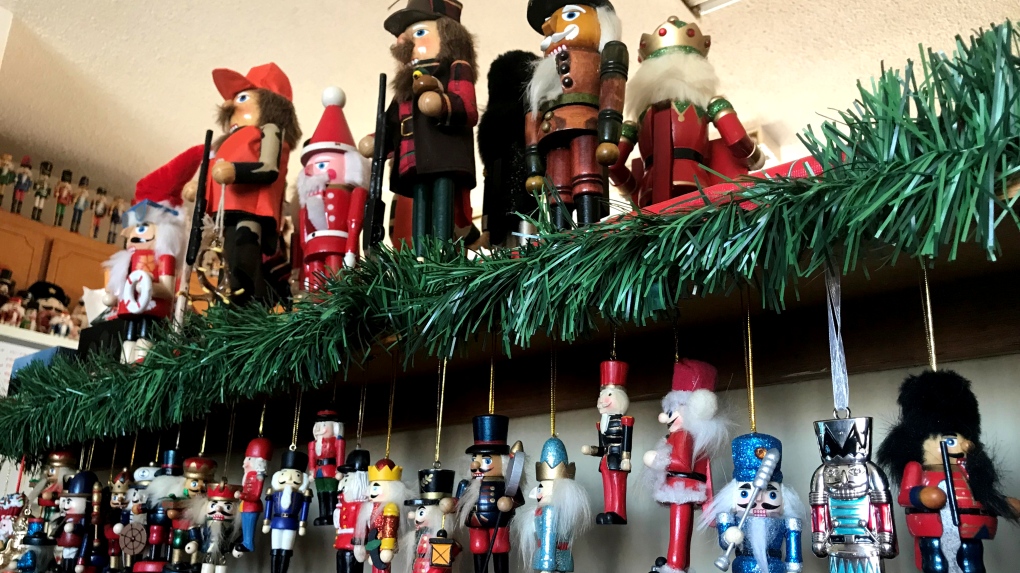 Some of Muriel Kramm's nutcracker collection at her home in Milestone, Sask. (Stefanie Davis/CTV News)

Although many of the pieces hold special meaning, Kramm’s three favourites came from her family. One her son Troy painted for her, one her daughter had custom made and the last one her husband gave her before he died in early 2022.

“It’s our first [Christmas] without our dad because he passed away, so it’s a little different this year,” Borschowa said.

“He would always say ‘we have no more room left in the house,’ but then he’d give me money to go buy mom some more nutcrackers. It’s always going to be a special thing.”

The nutcrackers come from anywhere and everywhere – stores, online auctions, thrift shops and garage sales. Many look like typical nutcrackers, but hundreds are unique. 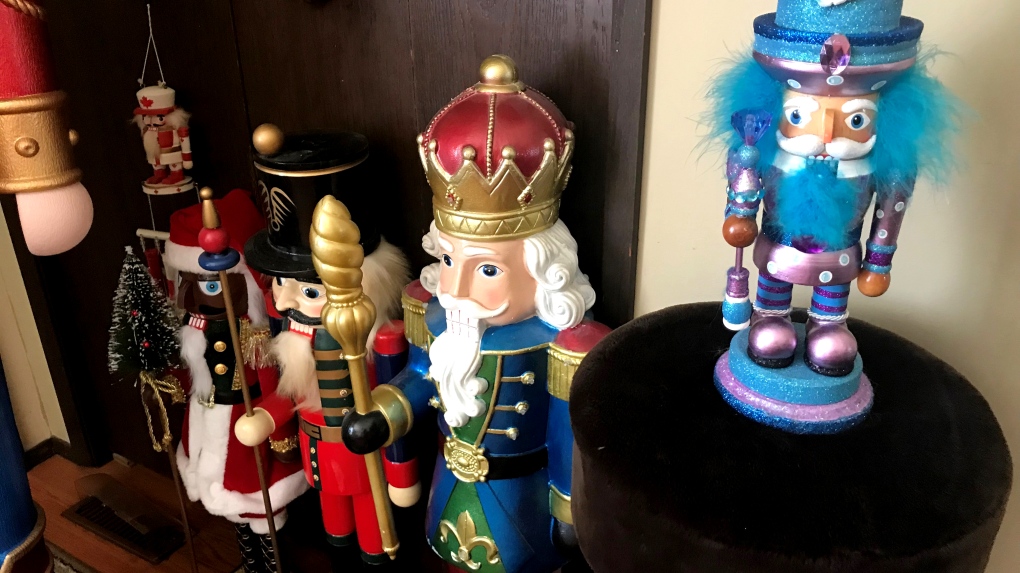 Some are in the form of RCMP mounties, athletes, Wizard of Oz characters, animals and celebrities.

“I have a snowboarder and I wrote on it ‘Mark McMorris’ so I’m hoping one day I’ll meet him and get him to sign it,” Kramm said.

Any time the family travels, they try to return to Saskatchewan with a new nutcracker.

“We got one from the Empire State Building when we were in New York going to a ball game – it went to the ball game with us,” Kramm said with a laugh.

“One from Sea World that my kids got. Got a couple of Elvis ones from Graceland. If I can find something unusual, I’ll get it.”

It doesn’t stop at figurines. Two years ago, Kramm made a permanent addition to the collection.

“I didn’t know what to get [mom] the one year so I said jokingly that we’d get matching tattoos. I didn’t really want a nutcracker tattoo, but we got them,” Borschowa said. 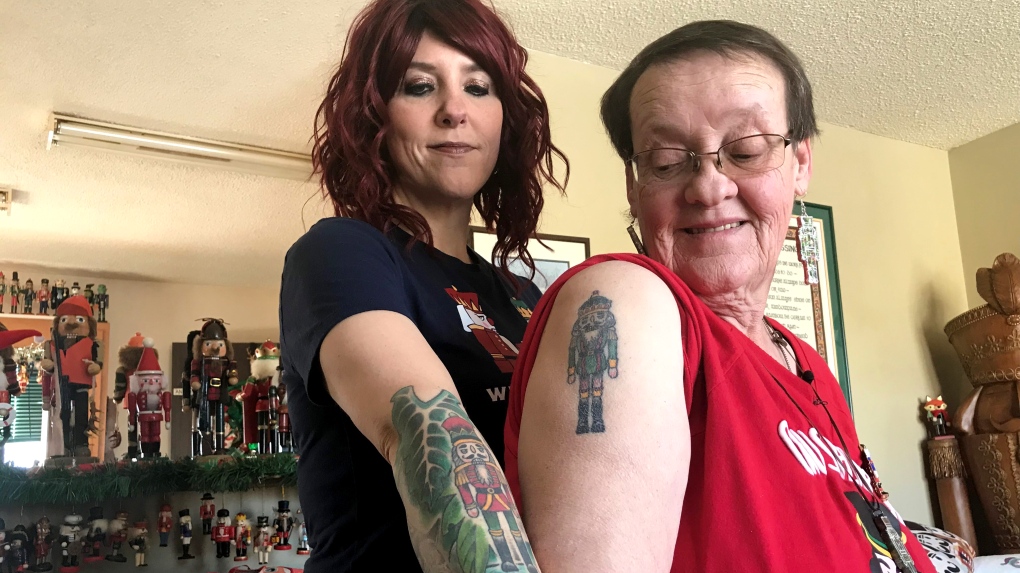 Even with space running out in her home, there are still a couple of specific nutcrackers on Kramm’s wish list.

“My husband was employed with highways for 35 years. There’s always the joke of highway workers leaning on a shovel, so I’m looking for one of them,” she said.

“And I was employed with Canada Post for 15 years, then I retired. I’m looking for a postal worker and that’s about it. Maybe one day I’ll come across them.”

Although it takes hours to unpack all the nutcrackers each December and hours to store them away again in January, Kramm said she’ll keep doing it to bring a little Christmas spirit to herself, her friends and her family.

“It brings a smile to their face and that’s all I want,” she said.

Nestle Canada says it is winding down its frozen meals and pizza business in Canada over the next six months. The four brands that will no longer be sold in the freezer aisle at Canadian grocery stores are Delissio, Stouffer's, Lean Cuisine and Life Cuisine.

Six more weeks of winter? Here are the predictions of groundhogs across North America

Will we see six more weeks of winter, or an early spring? Here’s what some of the groundhogs (and one human) have predicted so far, from coast-to-coast.

'Dances With Wolves' actor appears in court in abuse probe

A former 'Dances With Wolves' actor accused of sexually abusing Indigenous girls and leading a cult must remain held without bail until his next court hearing, a judge ordered Thursday morning.

The United States has answered President Volodymyr Zelenskyy's plea for rockets that can strike deep behind the front lines of the nearly year-long conflict with Russia. Now Russian forces will need to adapt or face potentially catastrophic losses.

Former Wagner commander says he is sorry for fighting in Ukraine

A former commander of Russia's Wagner mercenary group who fled to Norway told Reuters he wanted to apologize for fighting in Ukraine and was speaking out to bring the perpetrators of crimes to justice.

Health Canada is 'exploring' whether a federal policy that restricts gay and bisexual men from donating to sperm banks in Canada should change, after CTV News exclusively reported on Wednesday that a gay man is taking the federal government to court over it.