'It's not just a business:' Regina sewing company gives back with handmade masks

REGINA -- Rhoderic Sia started his sewing company JustAprons & Beyond 10 years ago. Growing up in the Philippines, his mother taught him to sew and he made it his career.

At the start of the pandemic, making masks was not on his mind. But when close friends and family members began requesting handmade masks, he began making them. Word got out about his new venture and the business took off.

“I just gave some to a couple of our neighbours, really good friends of ours and to some good friends in Saskatoon and Regina. And then it just became this big thing,” said Sia

Sia did not begin making masks until May and believes he has made over 800 since then. He has completed orders for people in Edmonton, Toronto and even sent some to California.

“I was just blown away by that,” he said.

He can fill custom orders with fabric styles for everyone. Some styles include Ana and Elsa from Frozen, superheroes Batman and Spider-Man, and sport team logos.

“I have always wanted to be able to do anything that I can,” said Sia. “I think people want to look presentable, even though they are wearing a mask. It’s nice to see I can put a smile on their face.” 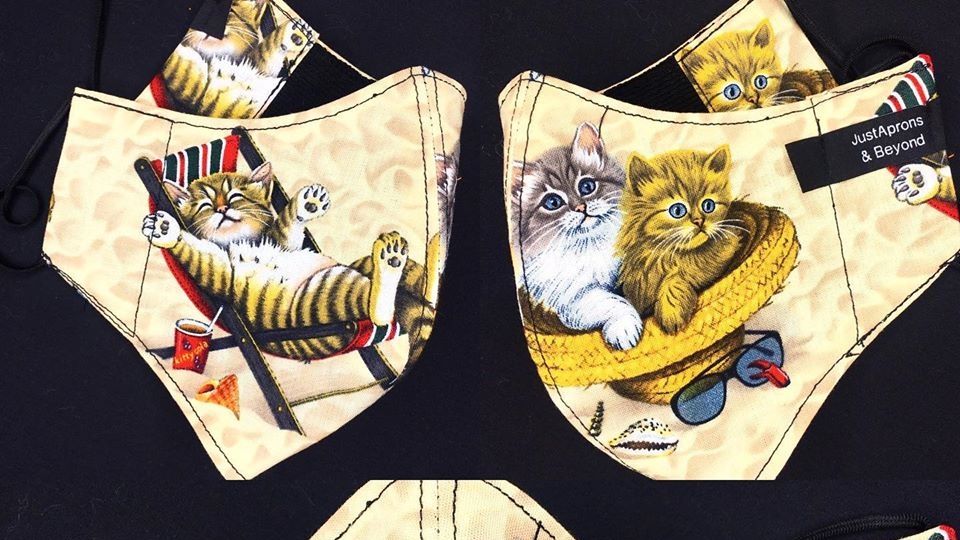 Sia says he has seen lots of support from the community. People have donated fabric, bought large orders to give out to others, and have paid extra to help him continue to make masks.

He wants to pay it forward by donating masks to schools that may need them for when kids return this fall.

“It looks like it's going to be mandatory for the kids and I would like to at least give a few for all the kids that need masks,” said Sia. “It's not just a business. It's about helping people as well.”

Sia says he wanted to be a nurse when he was a kid. He sees front-line essential workers as an inspiration. Masks are one way he can help make a difference during the pandemic.

“They put their lives into positions that is very difficult – especially for their families … I thank you for your hard work,” he said.

Masks can be bought from JustAprons & Beyond through its social media accounts. Prices range from $10 to $20, based on the fabric and customizations.