'It's the least we can do for them': Moose Jaw welcomes Snowbirds home with heartfelt displays

MOOSE JAW -- The Snowbirds air demonstration team arrived at their home base at 15 Wing Moose Jaw on Monday afternoon and was greeted with a heartfelt welcome from the community.

It’s the first time the team is returning to 15 Wing since the crash that killed Capt. Jennifer Casey in Kamloops on May 17.

To welcome the team home, community members created a variety of unique displays to be seen from the Hercules Transport Aircraft the Snowbirds were travelling in.

“They were on a mission to make us happy. We don’t have to put our lives at risk for that, but they did,” Jacki L’Heureux-Mason, the executive director of Tourism Moose Jaw, said. “This is the least we can do for them.”

A tweet sent by the Snowbirds on Monday morning asked for privacy upon the team’s arrival as they are still grieving deeply, but the plane took several laps around Moose Jaw to see the displays that were created for them. 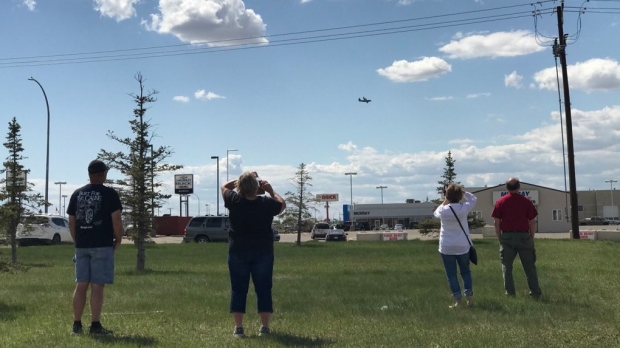 Some people created chalk displays in their driveways or empty parking lots. There was a heart mowed into a field. First responders created a heart shape out of their vehicles, and a similar display was created outside the Tourism Moose Jaw office.

“My three children and I decided that this was the best we could do, given the circumstances - respecting the Snowbirds and the Royal Canadian Air Force by painting their logo in our driveway,” said Moose Jaw resident Ryan Peters. 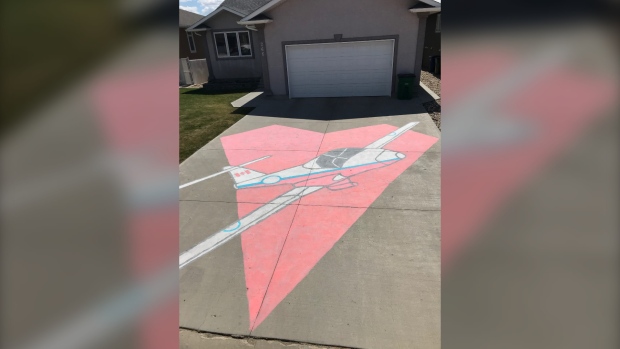 Many people wanted to show their appreciation for the team that does so much for the community.

“The Snowbirds themselves, as well as the Air Force, do a lot for the city of Moose Jaw,” Peters said. “In a time like this, when they’re hurting a little bit and in their time of need, I think the least the community can do is show a little bit of respect.”

The Snowbirds Tutor jets are currently grounded as an investigation continues into what caused the crash last Sunday.