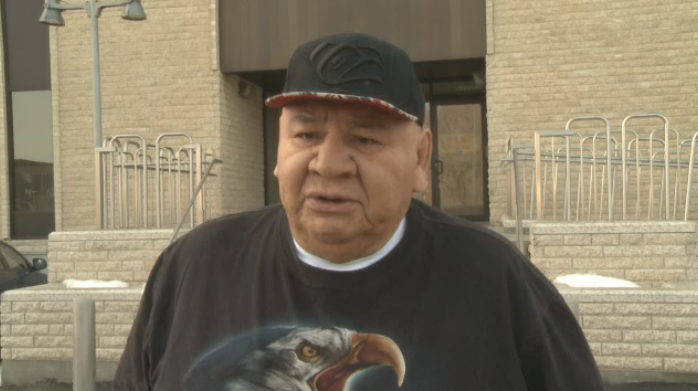 Clarence Papequash is seen outside the courthouse in Kamsack on Feb. 22, 2017.

He was charged in Kamsack on July 8, for two counts of drug possession, after he was found with two kinds of opioids, and another for operating a vehicle while impaired.

Papequash was released on a $5,000 bail under conditions that he cannot drive a vehicle or use any drugs or alcohol.

He will be appearing in court again on July 23, in Kamsack.