The Humane Society said the kitten, who they named Kevin, was found in a dog crate with some dog kibble for him to eat on Nov. 25.

“Starting to be covered up in snow. He was huddled in a corner trying to stay warm. They tried to revive him a little bit, he wasn’t moving much,” Director of Marketing and Public Relations for the Regina Humane Society Bill Thorn said.

“They got him some food and could not get him to eat. So clearly he was in distress and things were not looking good.”

Once in Regina, staff warmed him up, got him to start eating, did an emergency groom to remove matting in his fur and treated wounds. The staff also removed most of Kevin’s tail and a part of his ear due to frostbite

Now Jacquelyn Acaster, a Registered Veterinary Technologist with the Humane Society, is taking Kevin on as her 23rd foster pet, in hopes of getting him healthy enough to be adopted.

Acaster said it’s important to make sure Kevin still trust humans, but that doesn’t seem to be an issue.

“Anyone who gives him attention he is instantly your best friend. It doesn’t seem to really affect him all that much,” Acaster said. 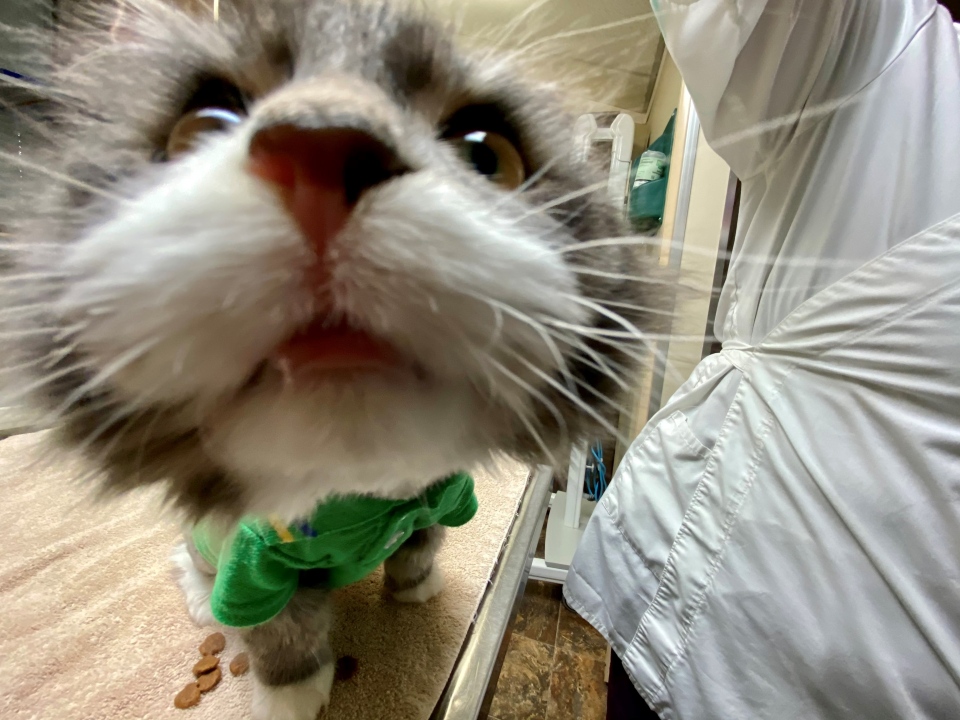 Thorn says the humane society does not know how Kevin ended up being abandoned but says owners are often going through a crisis themselves. He cautions people not to jump to conclusions about what happened.

“The shelter should be a last resort, but certainly if they’re having some problems either looking after it or some behaviour type problems we can often help with that,” Thorn said.

Thorn believes Kevin is about seven-months-old. His name was influenced by Kevin McAllister from Home Alone.

Kevin will be in foster care for at least another two weeks. Once he is cleared by a veterinarian, he will be available for adoption.