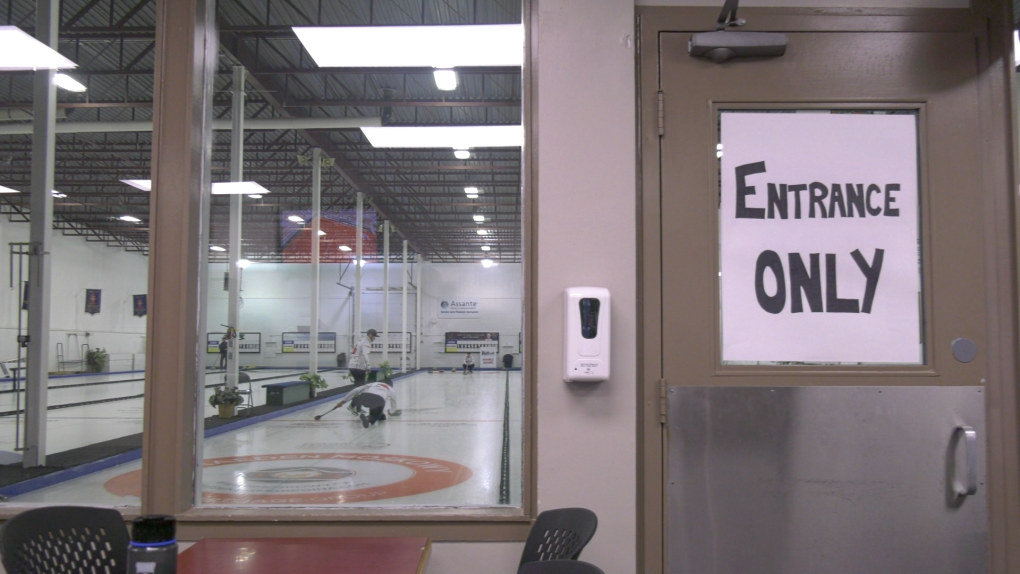 The Saskatchewan Health Authority has announced there is a heightened risk people may have been exposed to COVID-19 if they attended a number of curling events in Regina.

REGINA -- The Saskatchewan Health Authority has announced there is a heightened risk that people may have been exposed to COVID-19 if they attended a number of curling events in Regina.

The health authority said Sunday there has been a large number of cases linked to the events.

Outbreaks at clubs in Shellbrook and Swift Current have also been declared.

Multiple sources told CTV News that when the outbreaks in Regina occurred, there were no banquets and no more than 24 curlers were playing at a time.

However, some players were competing on multiple teams or leagues, which violates mini-league recommendations.

The SHA has said “it is recommended that athletes not belong to multiple sports mini-leagues. They should select one sport mini-league for the duration of each season.”

However on Nov. 27, all team sports activities were suspended.

Sources said masks were worn in the buildings in Regina, as mandated, and a portion of curlers chose to wear them while competing, which was optional at the time.

The Highland was inspected on two separate occasions. Once by the Saskatchewan Health Authority and once by Occupational Health and Safety. Both times, they were found to be following protocol, sources said.

The Callie Club announced a temporary closure on Nov. 24, a day after the Highland paused services. However, the Callie was declared an outbreak a week later on Nov. 29.

The SHA said people who were at the Regina events on those dates must self isolate immediately if they have symptoms of COVID-19.

As well, they should call HealthLine 811, their physician, or nurse practitioner for testing.

People may develop symptoms from two to 14 days following exposure to the virus.

The SHA said people who were in contact with someone who attended these events should isolate immediately if the person tested positive for COVID-19.

Close contact is considered when someone has been in contact with someone else for more than 15 minutes and within six feet.

People who attended the clubs on these days but don`t have symptoms should consider getting tested, the SHA said.

- With files from Claire Hanna.