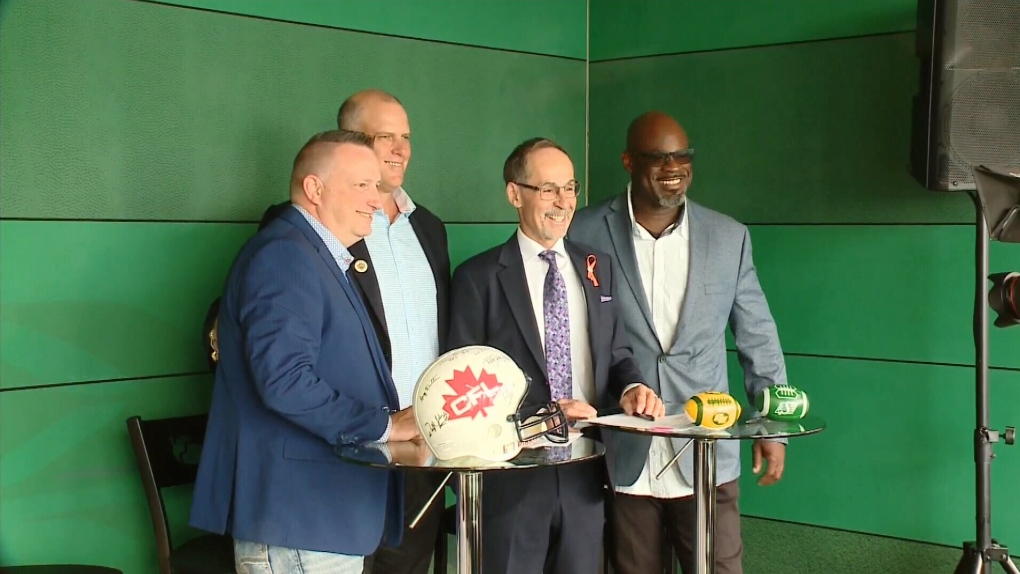 The Canadian Football League Alumni Association is teaming up with Saskatchewan Polytechnic to provide opportunities for athletes and their spouses to advance their education.
REGINA -

The Canadian Football League Alumni Association is teaming up with Saskatchewan Polytechnic to provide opportunities for athletes and their spouses to advance their education.

A signing event was held Wednesday morning at Mosaic Stadium to formalize the partnership.

“This is a big day for Saskatchewan Polytechnic,” said Paul Carter, dean of the School of Continuing Education at Saskatchewan Polytechnic. “Our goal is to inspire success in every learning journey. It’s a real opportunity for us to be able to work so closely with the CFL Alumni Association and help players and former players reach their next career goal for a life after football.”

The program will give those eligible access to the School of Continuing Education. It is similar to a program already in place with the CFLPA and Roughriders Alumni, which will benefit more players and their family members. Membership in the CFLAA is optional. There are currently over 2,000 members across Canada and the United States.

“No active player wants to believe that their career is going to be cut short or they’re not going to make the team,” said Andrew Greene, former Saskatchewan Roughrider and Saskatchewan Polytechnic alumnus. “Reality is going to set in. What are they going to do? Work, job, money, life still goes on.”

Greene said he hadn’t completed his degree before he was drafted, but went back and finished it after his football career ended. He also took a project management course at Saskatchewan Polytechnic to further his education.

“Unfortunately in football, there is a 100 per cent injury rate,” said Brett MacNeil, president of the CFLAA. ”Many off-seasons are spent under the surgeon’s knife and then in the treatment room for six months of rehab trying to win your job again come June.”

“Everyone wants to talk about career transition while you’re playing, but there are challenges,“ said MacNeil. “If you’re injured during the season, you’re not going to be available in the off-season to maybe take a course or to work towards a new job or even be self-employed. So career transition, particularly through a pandemic where forced retirements are at an all-time high, we need to help these guys out.

“I might go back and take another course now,” Greene said. “You never know.”

China on Wednesday reaffirmed its threat to use military force to bring self-governing Taiwan under its control, amid threatening Chinese military exercises that have raised tensions between the sides to their highest level in years.

Legacy of Serena Williams extends beyond success on tennis court

Serena Williams indicated on Tuesday she is preparing to walk away from her professional tennis career as the start of the U.S. Open approaches on Aug. 29 and her 41st birthday approaches next month. She would leave behind a legacy that extends beyond her dominance on the court.