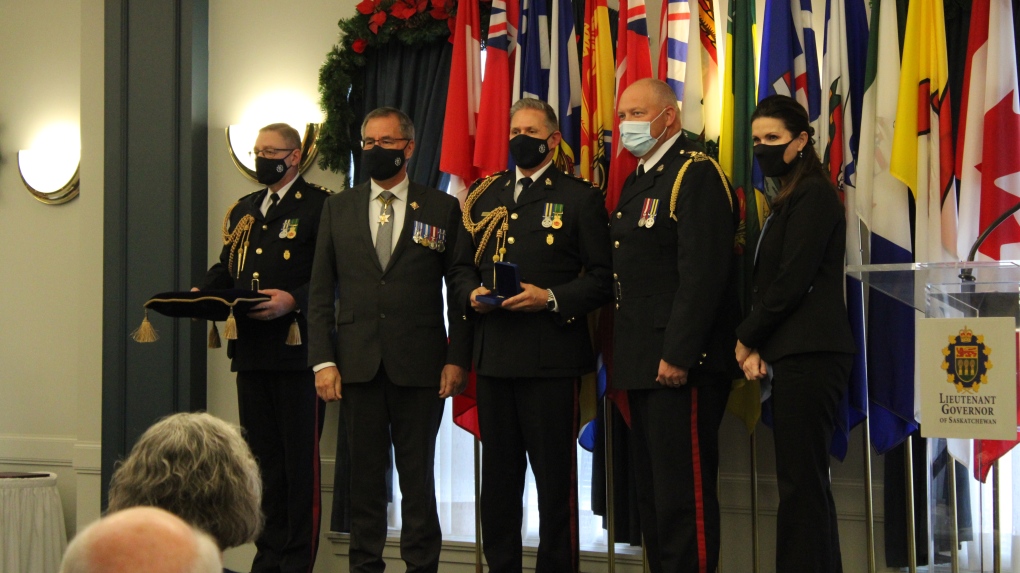 Some of the city’s best were present at Government House Tuesday afternoon to receive their Exemplary Police Service Medals, awarded to those who have served with distinction for at least 20 years in Canada’s police services.

“To be awarded the police service exemplary medal means you not only excel at what you do and you’ve continued with your commitment but you’re a role model for your colleagues, for your profession, and for our city,” said Mayor Sandra Masters.

Former RCMP officer Lt. Gov. Russ Mirasty offered advice for those currently serving, to have a successful career in policing. He says it's important to have mental health supports in place for those on the front lines.

“It can be very stressful as I’ve said, both physically and mentally,” he said. “And it’s important that you look after yourselves, so that you can carry on and continue to be the professionals that you are.”

This sentiment was shared by Superintendent Darcy Koch, one of the two officers being honored for 30 years of service.

“It used to be a bit of hidden factor,” he explained. “Police didn’t or weren’t allowed to be bothered by what they did or things they saw. Now it’s okay to talk about it, and I think we’ve become much more open to that.”

Koch said that despite the difficulty and challenges of the job, it’s truly an experience that he’s valued for three decades.

“I’ve had the opportunity to do so many different things that I never would’ve done had this career not come my way,” he said. “I’m so fortunate to have worked 30 years and I can still say I love going to work every day and I can’t wait to get to work and help the citizens of Regina.”