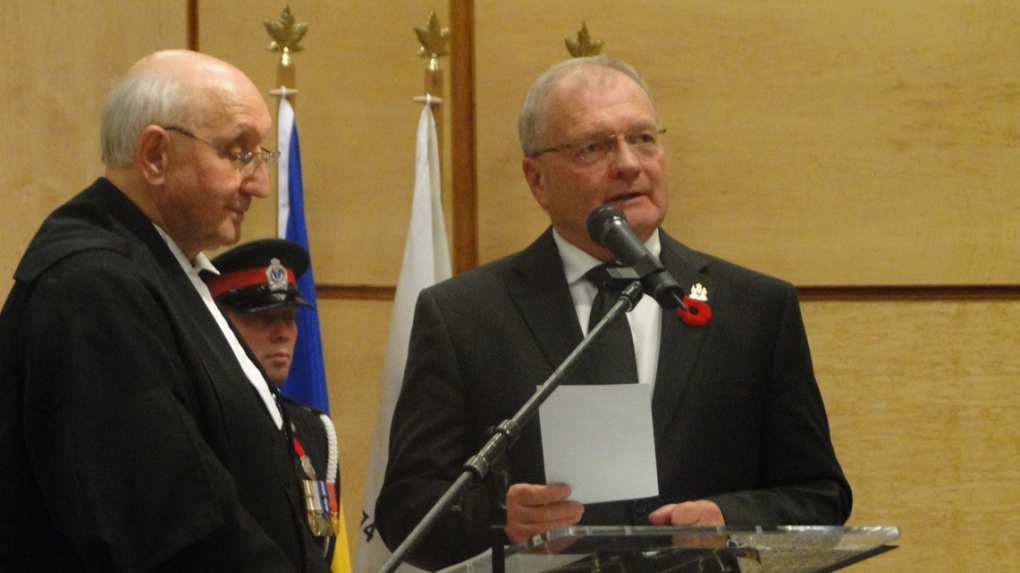 REGINA -- Ward 8 councillor Mike O’Donnell says he won’t be seeking re-election when Regina residents head to the polls in November.

"It was a great gift for me to be able to serve four terms, I want to make sure that I walk out when I’m ready to walk out," O’Donnell told CTV News.

"We’ve become a very young community, a very thriving community and I would like to someone younger have a chance to get engaged and make sure that we can continue to be a young community."

A retired teacher and school administrator, O’Donnell was first elected to City Council in 2006. During his time on council, he has led two National Infrastructure Summits, which he feels was a highlight.

"I’m kind of a hands-on guy, so leading that discussion and making sure that federal and provincial governments understood the importance of infrastructure funding for municipalities and changing that dialogue was important to me," O’Donnell said.

O’Donnell also chaired the Olympic Torch Relay for Regina in 2010.

He also represented Regina at the Federation of Canadian Municipalities, serving as a committee co-chair, while also working with multiple boards in the city and province.

O’Donnell says he’s proud of the work he was able to do in moving Regina towards more sustainable energy and becoming more environmentally conscious during his time on council, including pushing for paperless city council business.

"That was really important to me and a highlight," he said.

After 14 years of serving on council, O’Donnell says working with people in the community will be what he misses most.

"This is a people job and I like being around people, I was a teacher before, so the idea of meeting all sorts of really interesting and really wonderful people has been very good and I have to admit there was challenges with neighbour versus neighbour disputes, but we worked through those things as well, so it’s been very rewarding," he said.

O’Donnell has encouraged any potential candidates to reach out to him to discuss any questions they might have about serving on City Council. He says his best advice is to listen first.

"If you listen first and listen to what people really have in their mind and do your work, work hard, be informed, you’re well on a path to succeed," O’Donnell said.

The Civic Election is scheduled for Nov. 9.