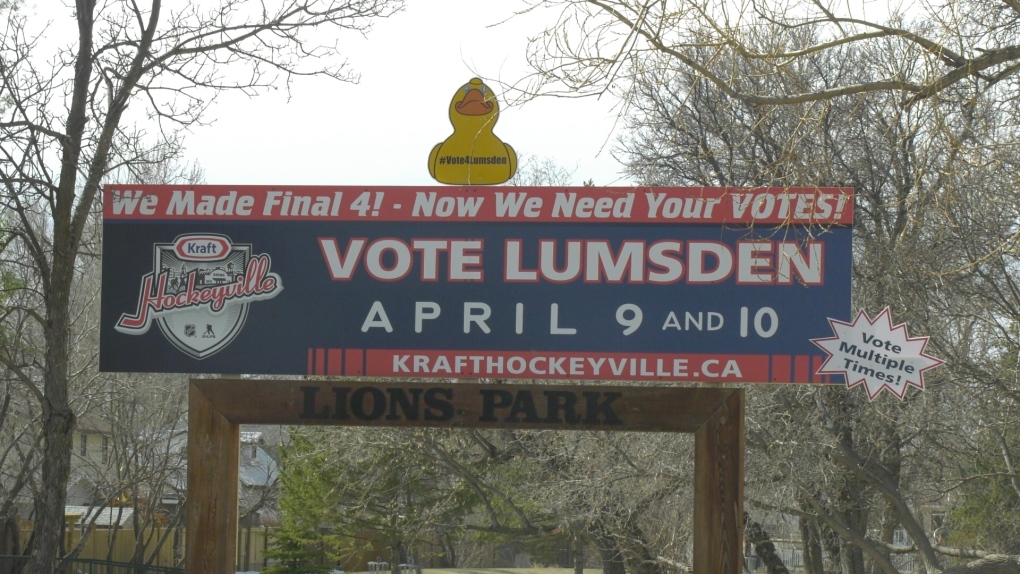 Lumsden is a finalist in the 2021 Kraft Hockeyville Competition.

REGINA -- Lumsden has lost its bid to become Kraft Hockeyville 2021.

As one of three finalists, Lumsden will receive $25,000 in arena upgrades.

Following the announcement, the town's campaign congratulated Elsipogtog in a tweet.

"Lumsden is proud to stand with you in supporting hockey in our communities," the tweet reads.

Congratulations #Elsipogtog in your @hockeyville win and to our fellow competitors #Bobcaygeon and #SaintAdolphe. #Lumsden is proud to stand with you in supporting hockey in our communities. @hockeyville #HockeyIsForEveryone

The town said it would have used the grand-prize money to fund upgrades to its arena, giving the girl's hockey teams separate dressing rooms.

No Saskatchewan community has won Hockeyville in the contest's history.