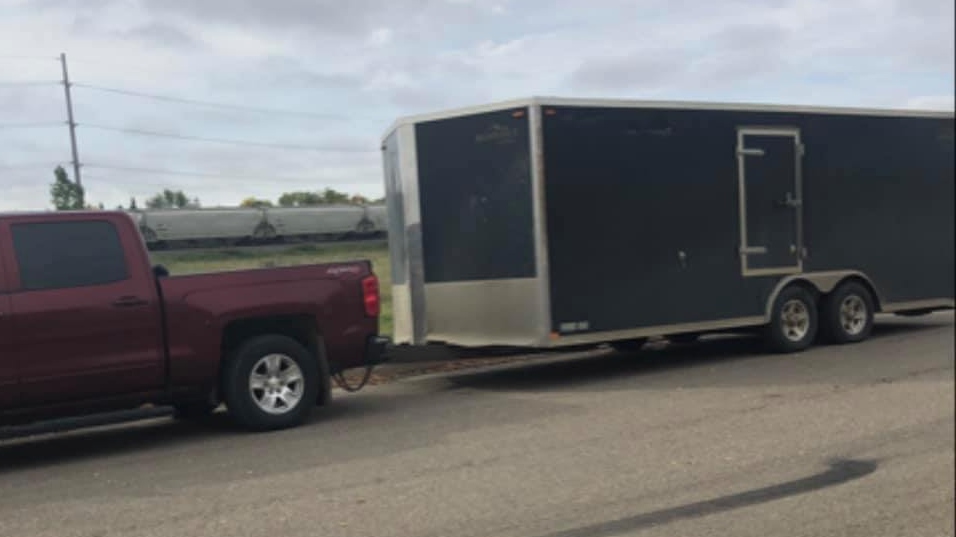 This trailer of bottles was stolen from a local ringette team (Facebook: Kelsi Cooney)

On Nov. 27 an enclosed trailer was stolen from the 1700 block of MacRae Dr. that contained several bags of recyclable bottles that were collected by a youth ringette team.

The next day a suspect was seen bringing what was assumed to be the stolen bottles into a recycling depot.

The vehicle he was seen in, a white Toyota Tundra, was located on Dec. 6 at a residence. The truck was stolen from Fort Qu’Appelle before Nov. 27. The suspect, Jason John Dunlop, was located in the house and arrested.

A search of the house located a generator that had been stolen along with the trailer.

Dunlop was a suspect in a seperate stolen vehicle case. The vehicle was recovered two days later.

He appeared in court on the bottle theft charges on Monday.