Man airlifted to hospital after truck, train collide near Midale 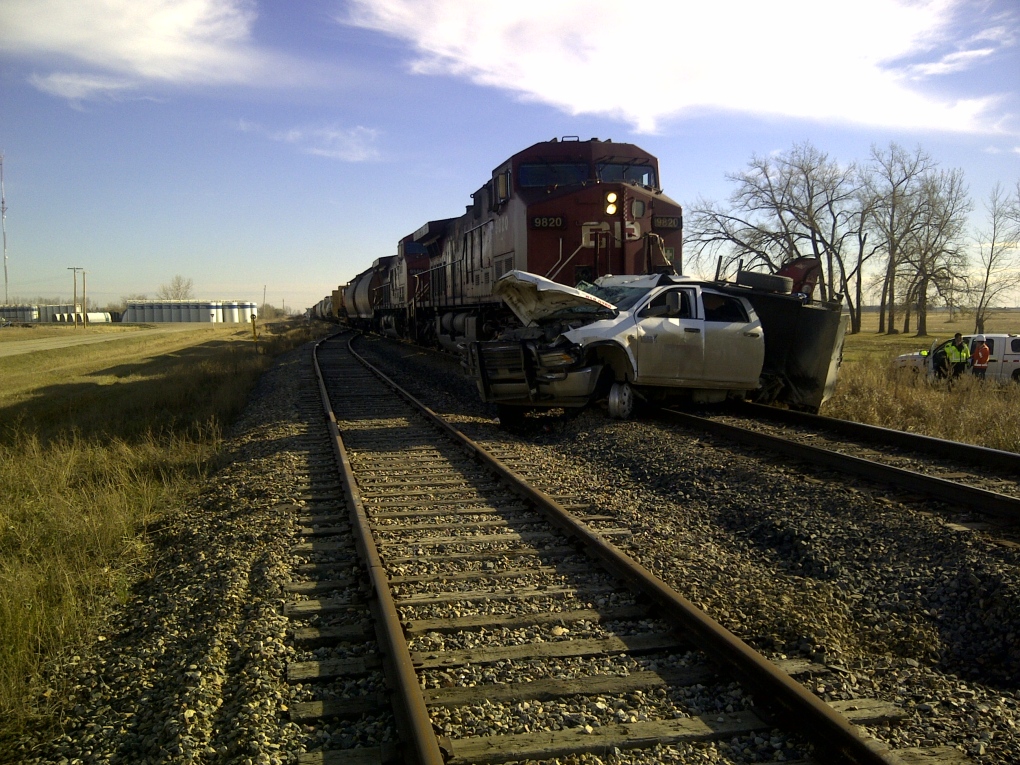 Two men were injured after a pickup truck and a train collided Thursday near Midale. (RCMP handout)

Two men were injured, one of them seriously, after a pickup truck collided with a train near Midale.

The train pushed the vehicle into the town limits after the collision, which happened just southeast of the community at around noon Thursday.

RCMP say a 22-year-old man in the pickup suffered serious injuries and was airlifted to hospital in Regina.

The 25-year-old driver sustained non-life threatening injuries. Both men are residents of Estevan.

According to Mounties, the crash happened at an uncontrolled rail crossing on a gravel road. None of the railcars left the tracks and there were no spills.

Traffic was restricted near the scene while RCMP investigated along with CP police.