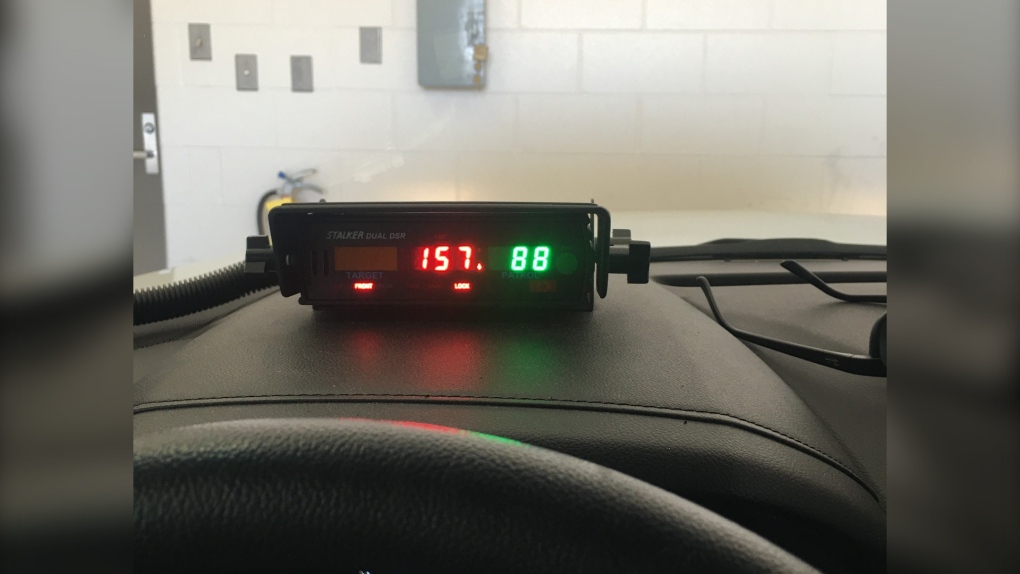 A driver was clocked traveling 157 km/h on Highway 201 near Broadview, Sask. (Supplied: RCMP)

REGINA -- A man is facing charges after a stolen vehicle was seen driving more than 60 km/h over the speed limit on a highway near Broadview, Sask.

In a release, RCMP said Broadview Traffic Services observed a pick-up truck pulling a flat deck trailer traveling southbound on Highway 201, at 157 km/h, on April 29. The speed limit on the road is 90 km/h.

Police say the driver abandoned the truck in a farm yard and was found walking north on the highway. The truck and trailer was confirmed stolen from Regina around 9 a.m. on the same day.

A 28-year-old man from Regina was charged with possessing stolen property over $5,000. He appeared in court by phone on May 3 and plead guilty.