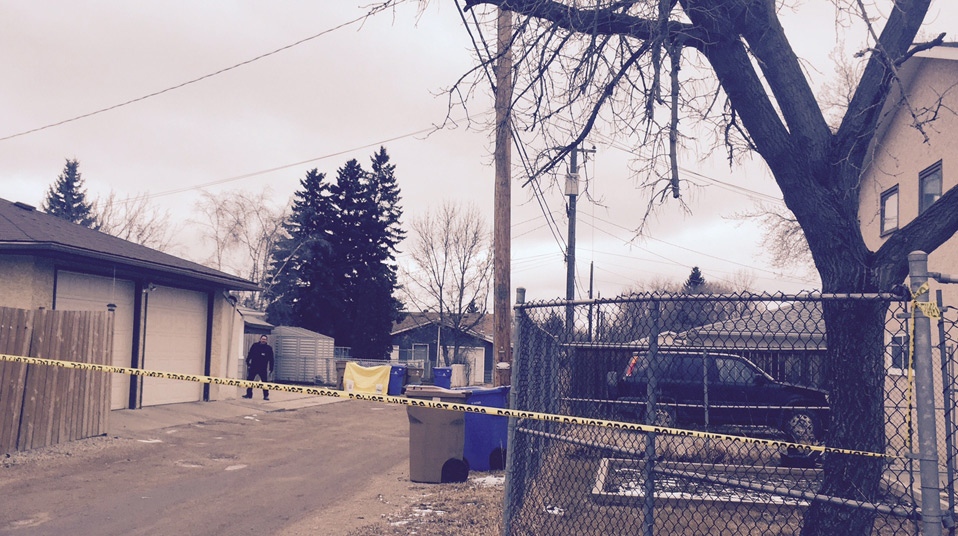 Police are investigating after a body was found in north Regina. (BEVERLY ANDREWS/CTV REGINA)

Police are investigating after the body of a man was found in north Regina.

Investigators were called to the 300 block of McIntosh St. at approximately 11:44 a.m. by someone who said that a man was lying outside, and might be dead.

When police arrived, they confirmed that the man was deceased, and the coroner was called.

The major crimes unit is investigating, but police have not confirmed whether or not the death is suspicious in nature.