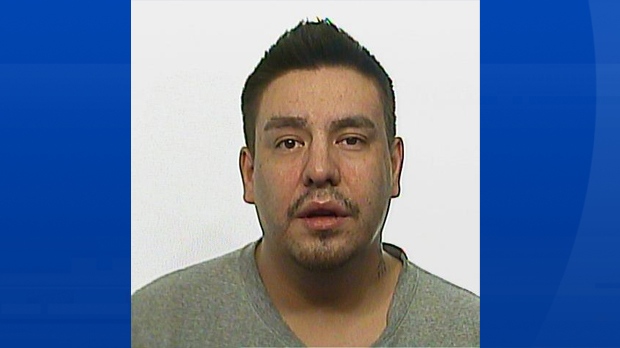 A suspect wanted in the slaying of a Regina man has been arrested and police have charged a fifth person in the case.

Bronson Chad Gordon of Regina was arrested Monday night in Edmonton on a Canada-wide warrant for first-degree murder in the death of 34-year-old Reno Lee.

Gordon, 30, will be returned to Regina but there’s no word on when he will appear in court.

On Tuesday, police also announced the arrest of a fifth person, a 34-year-old Regina man, in connection with the homicide.

Last week, 31-year-old Daniel Theodore and 21-year-old Andrew Michael Bellegarde, both from Regina, were each charged with first-degree murder in the death.

Jonie Victoria Reed, 29, of no fixed address was also arrested last week and charged with accessory after the fact to murder.

Lee was found dead after an investigation that began April 23 in Regina led police to an area north of Balcarres, Sask.