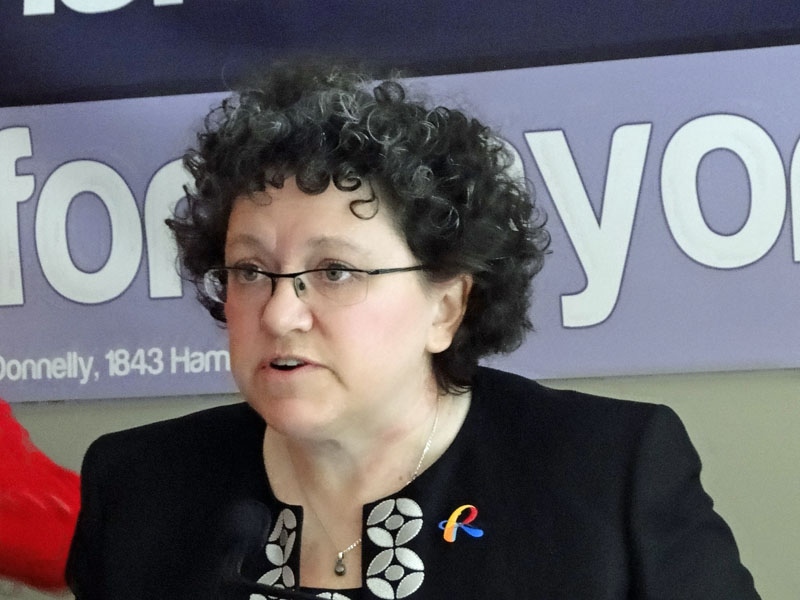 Marian Donnelly announces she's running for mayor of Regina at a news conference in the city Monday.

A well-known business consultant and cultural planner in Regina has announced she is running for mayor.

Marian Donnelly made the announcement Monday before a crowd of several dozen supporters at a downtown restaurant.

Donnelly is the former executive director of SaskMusic, former general manager of the Globe Theatre, and founder of Inner Circle Management.

While she applauded the current city council's efforts, Donnelly said there's room for improvement when it comes to affordable housing, public transit, and relations with the provincial government.