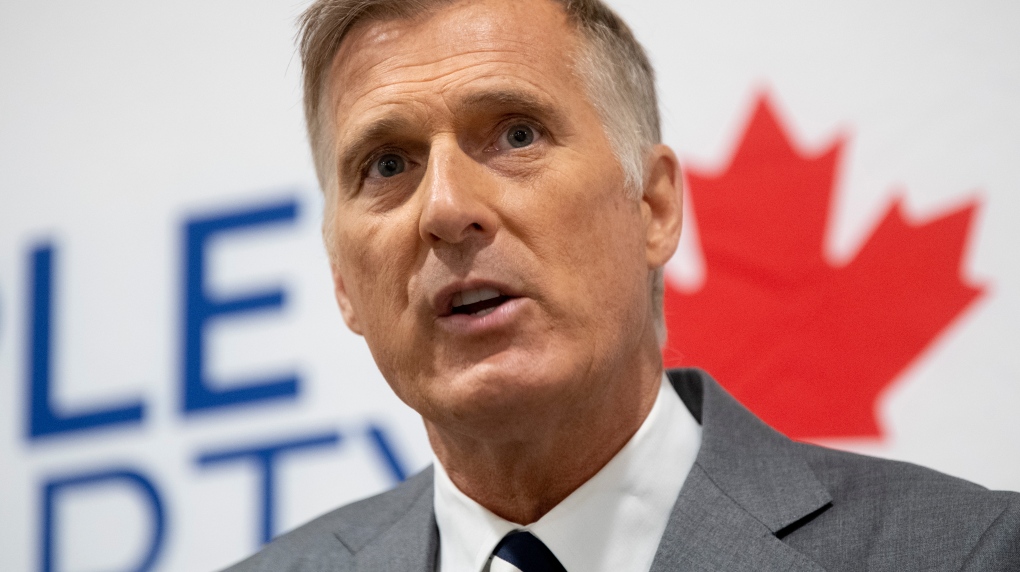 People's Party of Canada Leader Maxime Bernier responds to a question during a news conference in Ottawa, Monday August 24, 2020. THE CANADIAN PRESS/Adrian Wyld

REGINA -- Another so-called “freedom” rally will be happening on Saturday in Victoria Park and this one is expected to feature People’s Party of Canada leader Maxime Bernier.

The Opposition NDP criticized the federal leader for traveling to the province to take part in the rally.

"Maxime Bernier and his rhetoric are not welcome here and the Sask Party should do the same thing and tell him he is not welcome here," NDP justice critic Nicole Sarauer said following Friday’s Question Period. "This is the last thing we need in this province."

The Sask Party said it respects his right to be able to travel to the province.

"If he’s going to cause some issues and break the public health orders, that’s extremely disappointing that a federal leader is looking at breaking laws," Health Minister Paul Merriman said.

"Anybody that’s disobeying the public health order and holding rallies is not looking out for their community, it’s very self-serving."

Merriman encourages anyone attending this weekend’s rally to help quicken the removal of restrictions by getting a vaccine.

"If you want to get back to normal, protesting isn’t going to do it, getting your vaccine is," he said.

The minister added public health officers would be on hand at the rally to watch for any violations.