Mayor of Regina meets with Unifor 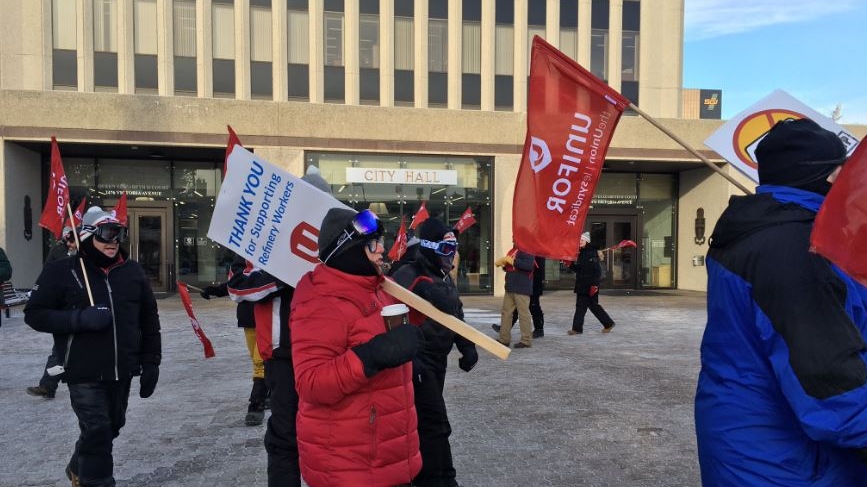 Members of the union where seen picketing outside City Hall on Friday afternoon. The members told CTV News that they were following up on a request for meet with the mayor, which has been granted.

“One of the issues that was raised is what if there is a fire at the refinery. And the biggest concern of course is that this isn’t a typical situation that the fire department will deal with because the trained people to deal with that type of a situation are on the picket line," Jerry Dias, Unifor president said.

"Used the opportunity to express a deep concern about public safety and about public access to the refinery and being able to get in in the event of an emergency but generally the concern about safety around the city," Fougere said.

The meeting with @Unifor594 members and @JerryPDias with @MayorFougere went well. Jerry emphasized the willingness & eagerness to get back to bargaining w @CoopFCL and what the union has done to ensure emergency access to refinery site.#skpoli pic.twitter.com/7EQrpZ4kM1