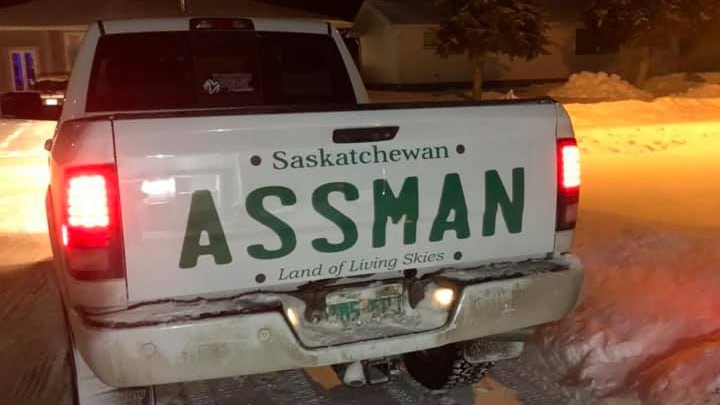 David Assman added a decal to the back of his truck after SGI rejected his custom licence plate request (Facebook: David Assman)

David Assman has added a new decal to the back of his truck after Saskatchewan Government Insurance rejected his request to put his last name on his licence plate.

He ordered an “ASSMAN” plate three months ago, but SGI wouldn’t approve the plate. He told Assman the request was an “unacceptable slogan.”

In a Facebook post on Tuesday, Assman said he appealed SGI’s decision, but anticipated the company would refuse the appeal.

So, he added an “ASSMAN” decal, designed to look like a Saskatchewan licence plate, to his truck.