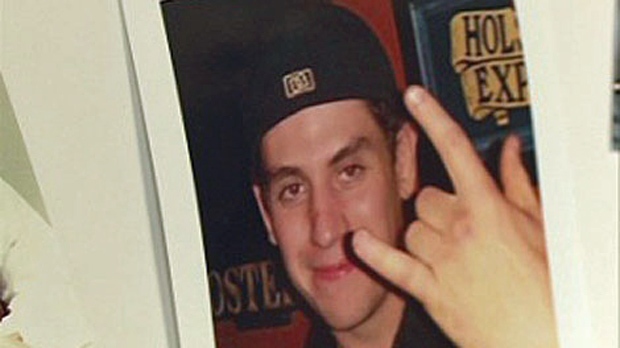 This photo of Rob Vicente was displayed at his funeral in Davidson on Feb. 26, 2011.

Two men have pleaded guilty to second-degree murder charges in the death of 25-year-old Rob Vicente.

Darak More and Devin Schmit entered the pleas in a Regina courtroom Friday.

Both men were sentenced to life in prison without a chance of parole for 15 years for More and 20 years for Schmit.

Court heard Schmit fatally shot Vicente while he and More were trying to steal his car stereo in October 2010.

After a four-month search, police found Vicente's body burried on a rural property near Davidson in February 2011.