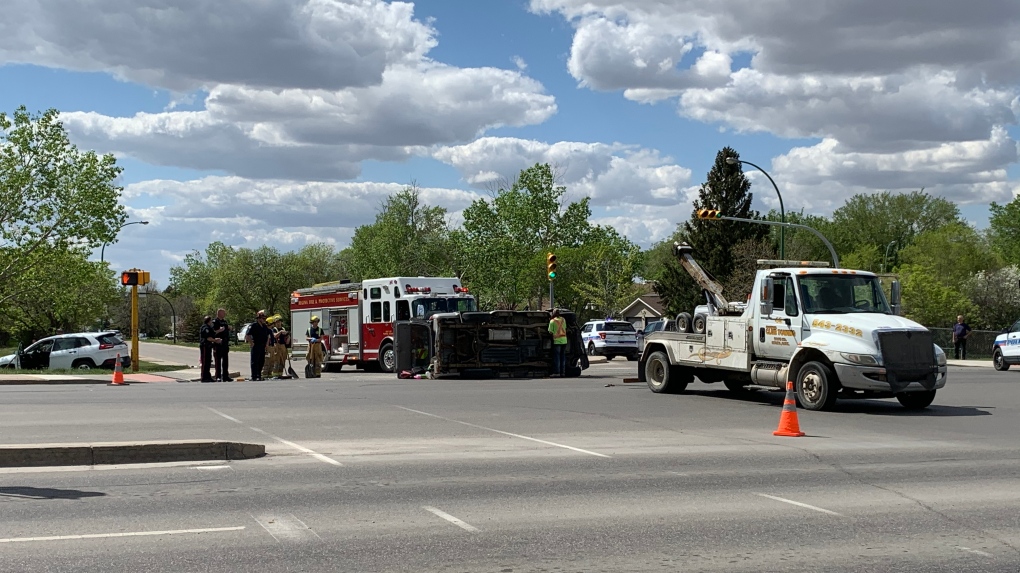 Emergency crews respond to a crash on Pasqua Street on May 25, 2020 (Marc Smith / CTV News Regina)

REGINA -- One vehicle ended up on its side and another in the ditch after a two-vehicle crash on Pasqua Street on Monday afternoon.

Emergency crews were called to the intersection of Pasqua Street and Pasqua Gate around 2:10 p.m. to deal with the crash.

Two SUVs collided, leaving one flipped on its side, while the other suffered significant damage to the passenger side and ended up in the ditch near the intersection.

According to police, a Chevy Blazer was travelling southbound on Pasqua Street when a Jeep Cherokee tried to turn left onto Pasqua Gate. The Blazer rolled onto its side.

The woman driving the Jeep was ticketed for failing to yield to an oncoming vehicle.