Parent says school must do more to stop bullying 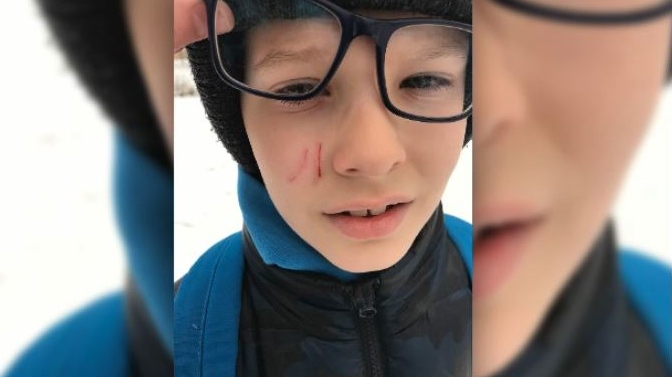 Shelby Prodgers says that her son Hunter is being bullied at St. Alphonsus School and that the school isn’t doing enough to stop it.

Hunter is a 10-year-old student at the school. Prodgers said he has been bullied for years.

One two occasions in October she says that Hunter was attacked and came back from school with scratches on his face and neck. She says the violence has been getting worse.

“He's getting a punch to the head, he's getting choked [and] his glasses have now been snapped,” she said.

She claimed her repeated attempts to have the school stop the harassment have not been sufficiently addressed.

“They never ever tell me what new plan they have in place or what's going to change from the last time it happened,” she said.

She now pulls him out of school on a regular basis because he no longer feels safe. She estimates that he has missed around 15 days of school this year, though she also drops him off late or picks him up early when he feels threatened.

“It’s because I end up getting hurt,” Hunter said. “My body just aches from being bullied.”

A representative of St Alphonsus School declined an interview.

Christ the Teacher Catholic Schools, the school division to which St. Alphonsus belongs, provided CTV News with a statement.

"While we cannot comment on the details of individual circumstances, when any concerns are raised, we follow appropriate policy and process to resolve the issues with those involved. Our top priority is always to provide a safe and respectful learning environment for our students, staff and school community,” it said.

Prodgers said that she will keep pushing for help for her son and that the family is considering changing schools.