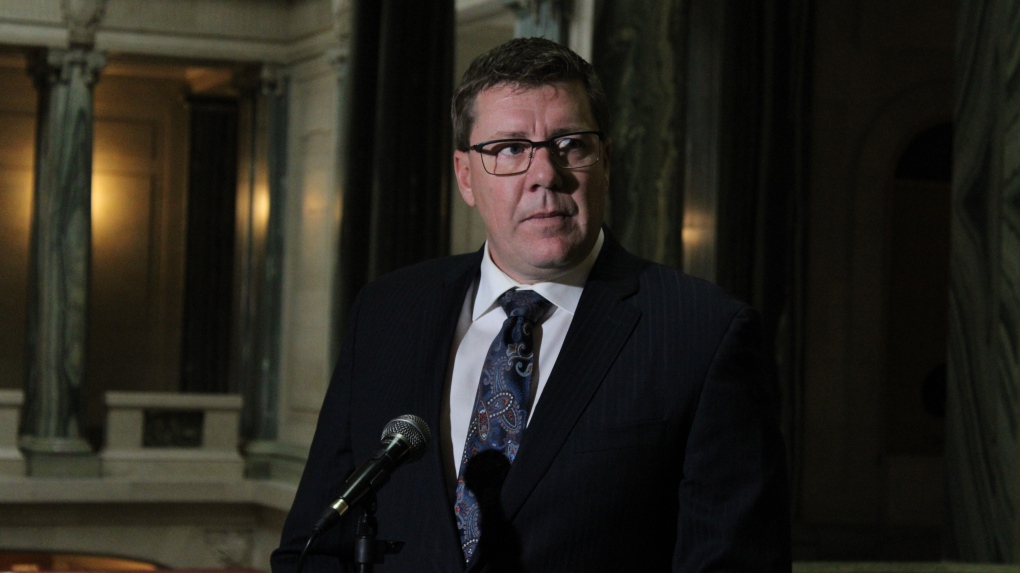 The premier has enlisted former and current MLAs to lead in-house meetings regarding Saskatchewan’s “provincial autonomy.”

Premier Scott Moe spoke to reporters in Saskatoon on Tuesday and answered questions regarding the ongoing autonomy meetings the government has organized.

“We're not consulting on whether or not the province should be exercising our full autonomy within the confines of the constitution. That decision has been made. We are going to do that,” Moe said Tuesday.

“What we're doing is asking exactly how we would be able to do this by folks that MLAs know in their constituencies that have an interest in this area.”

Stewart is a veteran MLA that was first elected in 1999. Kerpan is a former Reform Party MP, a former Sask. Party MLA, and has been involved with both the Maverick Party and the Wexit movement.

Moe claimed that the government’s intention with the meetings is to gauge opinion on how best to take action on the topic of provincial autonomy.

“We have a tremendous opportunity here in Saskatchewan, our government … is going to do everything that we can to enhance and to foster that investment,” he said.

“But with respect to where there may be another entity that puts in place impediments or hindrances, so we cannot achieve what we know is possible for Saskatchewan people, most certainly we're going to draw some lines in the sand and we're going to defend the opportunity to grow a stronger Saskatchewan.”

Newly elected leader of the Saskatchewan NDP, Carla Beck, responded to the government’s autonomy meetings in a press conference in the provincial legislative building on Wednesday, criticizing the inclusion of Kerpan and the lack of transparency.

“We’re seeing Scott Moe spending taxpayer dollars to send a former politician and western separatist out on an invitation-only separatism tour. We’re not seeing any published dates, no times, and no transparency,” she told reporters.

“Despite claims, we know that people have asked to be invited to these meetings but have been turned away because they’re not on the list.”

When asked if the meetings were open to the public, the premier explained that there are plans for public town halls that he will attend in the future. But for now, the meetings are planned to be in-house and the attendees would be dictated by the MLAs involved.

“We're going to have a number of town halls that I'll be present to, that will be wide open to the public,” Moe said.

“With respect to the meetings, MLAs are setting up meetings with the folks that they feel would provide some input [and] that are interested in this particular area.”

Beck condemned the premier and the government for making the meetings a priority amid issues with affordability and healthcare in Saskatchewan.

“We’re seeing Scott Moe rely on sowing fear and sowing division to distract from the realities and failings of their own government,” she said.

In his comments, Moe referenced the autonomy that Quebec has received and maintained that what the government is striving for is within the confines of the constitution.

“We firmly believe a stronger Saskatchewan makes for a much stronger federation in Canada. We'll see more discussion on this, [as] we find our way through the summer into the fall,” he said.

“But this is the direction the province is going.”

Beck admitted that there is a lack of recognition to the realities in Saskatchewan from the federal government but the way forward on the issues is debate, communication and corporation, not autonomy.

“I think it would be fair to say that there’s a lot of frustration out there with the federal government,” she said.

“I also think it’s clear that people want their government not to just be responsible for rhetoric, and for shouting matches on Twitter. They expect them to be at the table … this is something we used to see from governments in Saskatchewan. We used to have a seat at that federal table, we used to be able to deliver results.”

Ukrainian President Volodymyr Zelenskyy is due to host the UN chief and Turkey's leader Thursday for talks on the recent deal to resume Ukraine's grain exports, the volatile situation at a Russian-occupied nuclear power plant and efforts to help end the nearly six-month-old war.