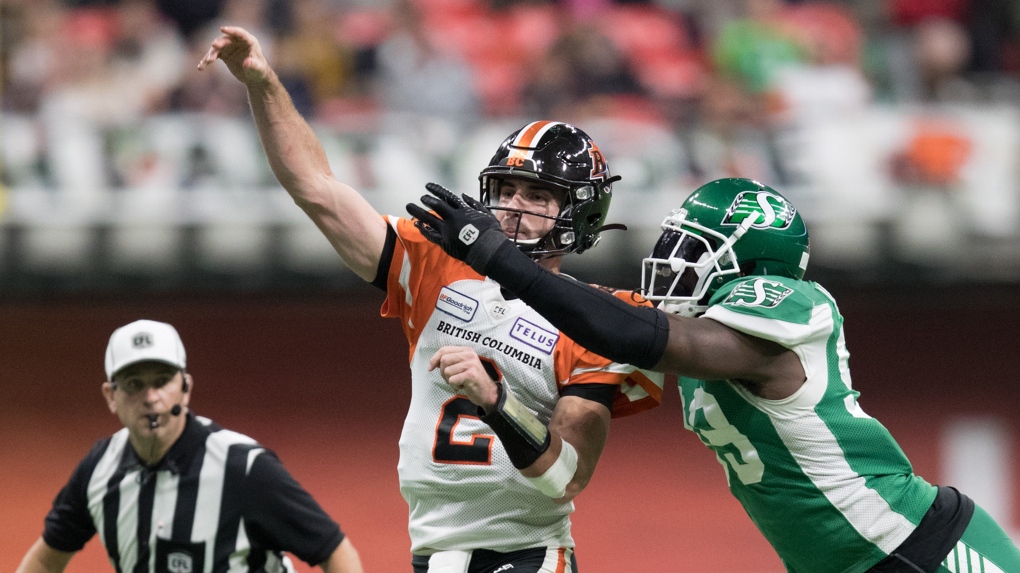 B.C. Lions quarterback Danny O'Brien (2) passes the ball as he's hit by Saskatchewan Roughriders' A.C. Leonard during the first half of a CFL football game in Vancouver, on Friday October 18, 2019. THE CANADIAN PRESS/Darryl Dyck
REGINA -

Saskatchewan Roughriders defensive lineman A.C. Leonard has been suspended for two games after failing to provide a sample for drug testing.

The CFL said refusing to participate in drug testing results in an automatic two-game suspension under the CFL-CFLPA drug policy.

“He tried, I know that. He was around for quite a while and he just wasn’t able to do it. At some point he made the decision to go home.”

Through four games, Leonard has accounted for eight tackles, three sacks and one interception.