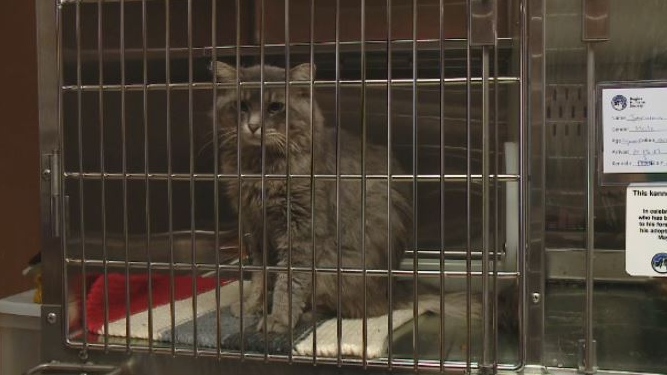 For most animal owners, pets are part of the family. So, the thought of leaving a pet behind can make women in abusive situations delay ever leaving.

“We find that sometimes people just won't leave. They're worried if they leave the pet behind, their partner may harm it (or) may not care for it,” said Crystal Giesbrecht with the Provincial Association of Transition Houses and Services of Saskatchewan (PATH). “They don't want to be separated from the pet, and sometimes they simply don't have somewhere for it to go.”

That's why PATHS has partnered with the Saskatchewan SPCA and Stops to Violence. The organizations have launched a 50/50 lottery to address domestic violence and animal abuse. Money raised will go towards the re-publication of a guide, which has been recently updated to include information about how to get both yourself, and your pet, to safety.

“There's a well-known connection between all forms of violence, both to people and to animals. So, in a violent household, everyone is at risk, whether they are four-legged or two-legged,” said Sandra Anderson, program director for the Saskatchewan SPCA.

For the most part, domestic violence shelters in Saskatchewan don't typically take in pets. However, Anderson said the Saskatoon SPCA, New Hope Dog Rescue in Saskatoon and the Regina Humane Society offer free, temporary boarding for animals in these situations.

“The program is there to provide a quick means of getting animals out of abusive situations,” said Bill Thorne with the Regina Humane Society. “They can be removed from that situation so they are a) not being abused and b) so they aren't being used as a pawn in a domestic violence situation.”

Giesbrecht said the updated guides will inform people of these options.

“Then we can send those booklets out to agencies, who can distribute them to clients that need them,” Giesbrecht said.