REGINA -- An epidemiology and public health expert is cautioning Saskatchewan residents to remain vigilant as the province begins to look at reopening.

"This isn’t the start to a massive and fast reopening, this is the first in a multi-step process of very cautious reopening, or loosening of restrictions," Dr. Cory Neudorf, an epidemiology and community health professor at the University of Saskatchewan, told CTV News.

Saskatchewan is three weeks away from the first loosening of public health measures as part of the province’s reopening roadmap after reaching the 70 per cent vaccination threshold in people 40-and-over on the weekend. 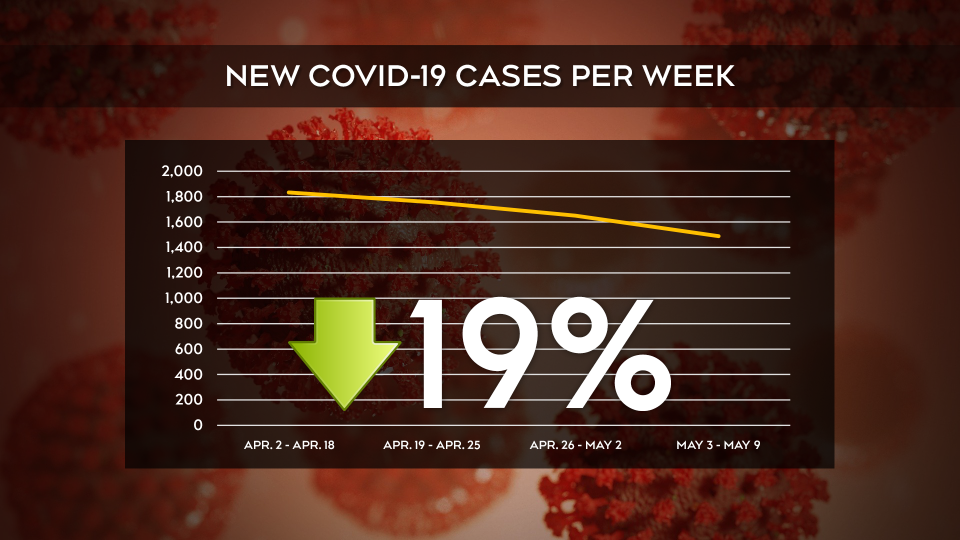 "I’m very hopeful that we stay in that 100-150 [cases per day] range, which would be very encouraging," Health Minister Paul Merriman said. 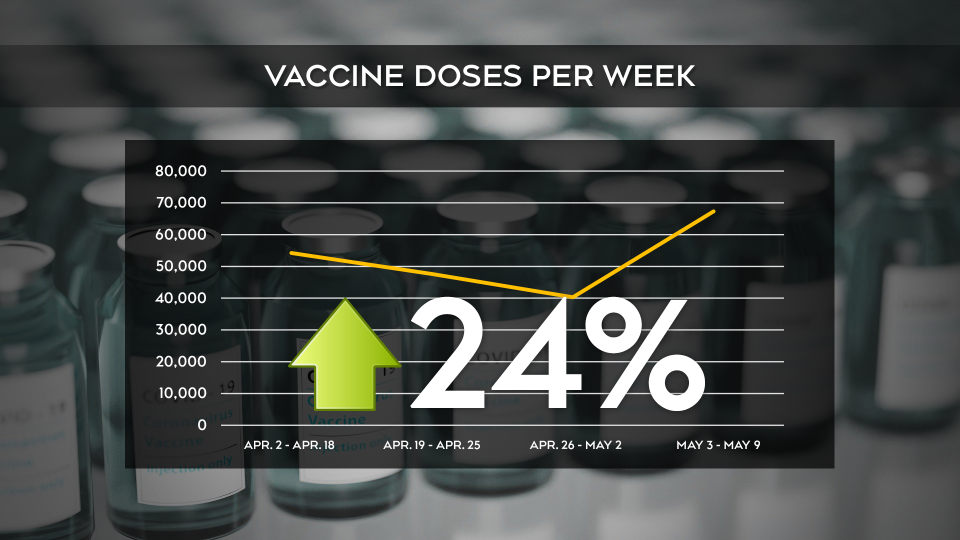 While the case numbers have come down and vaccination numbers have went up, the test positivity in the province has only decreased slightly from 7.66 per cent a month ago to 6.44 per cent last week.

Dr. Neudorf said Saskatchewan needs to tread lightly due to a large chunk of the province still not immunized.

"With still such a high proportion of people under-40 unimmunized and 30 per cent over 40 still not immunized, there’s still a good chance that we could see a resurgence of those variants of concern in the upcoming weeks unless people remain vigilant," he said.

Saskatchewan continues to see variants spreading in the province with 833 new screened cases and 822 sequenced cases last week, including 25 of P.1 variant, which more than doubled the total number of those cases in the province.

However, a lot of the risk for the province comes from its neighbours as Alberta and Manitoba have both entered into lockdowns.

Alberta currently leads Canada with 314 cases per 100,000 over the past week, while Manitoba is second at 194. Saskatchewan sits fourth at 131.

"We’re keeping an eye on it, a very close eye on what’s happening east and west of us," Merriman said.

The Health Minister also reiterated Saskatchewan isn’t considering imposing travel restrictions to and from Alberta and Manitoba despite their spikes in cases driven by variants.

"This where the bulk of inter-provincial travel is, we have many people that go back and forth for work and family, so trying to minimize that during this time would certainly be helpful," Dr. Neudorf said. "That could be us in the next number of weeks, it all depends on public behaviour."

Dr. Neudorf encourages people to continue to take precautions over the next two months and get a shot when your chance comes.