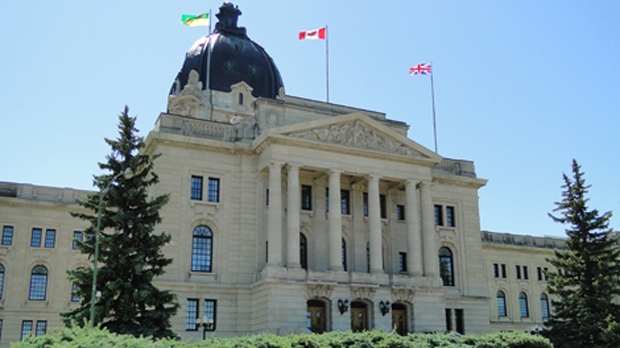 • Transfers from the federal government - $2.2 billion

• $211 million for the next phase of the Regina Bypass project

• $337.8 million in ongoing improvement and rehabilitation projects, including:

- $7.5 million for interchanges at Warman and Martensville

- $5.8 million for passing lanes on Highway 7 from Delisle to Rosetown

• $16 million for the Municipal Roads for the Economy Program

• $31.6 million for maintenance and renewal, including a major renovation at Hague High School

• $19.2 million to begin construction on four new projects, including Sacred Heart and Connaught school in Regina and St. Brieux School

• $7.9 million for continued construction of the Academic Health Sciences Facility at the University of Saskatchewan

• $4.5 million for continued construction of the Parkland Regional College Trades and Technology Centre

• $64.9 million for construction of the Swift Current long-term care facility

• $7.8 million for continued construction of the new Moose Jaw hospital

• $6.2 million to start construction of the Leader integrated care facility

• Projects include the Parks Capital program, new court and corrections facilities and investments in the province’s forest firefighting capacity

• $157.3 million for the Saskatchewan Cancer Agency, up $1.6 million from last year’s budget

• $53.3 million, an increase of $2.2 million, for child care operating costs, bringing the total number of provincially funded spaces to over 14,200

Spending on initiatives for First Nations and Metis people:

• $210.5 million for targeted program funding for initiatives that benefit First Nations and Metis people, including significant funding dedicated to training and employment initiatives

Social services and assistance: $1.2 billion, up 3.2 per cent from last year’s budget

• $485.7 million across multiple ministries for new or improved programming and increased program utilization for people with disabilities, up $39.5 million from last year’s budget. That includes $200.4 million for the Saskatchewan Assured Income for Disability program, an increase of $26.8 million from 2014/15

• $159.2 million, an increase of $6.7 million for those in need through the Saskatchewan Assistance Program

• $226.1 million, an increase of $7.5 million, for Child and Family Services, including increased funding for medically fragile children, foster and extended family care, and services to prevent children from coming into care

• $172.9 million, up $7.1 million from last year’s budget, for community-based organizations to support residents transitioning out of Valley View Centre and to assist people with emerging and complex needs with expanded client services, including northern communities

• $26.4 million, an increase of 1.8 per cent, to increase Seniors Income Plan monthly benefits by $10 a month each year for four years

• An additional $1 million for the Provincial Training Allowance, bringing the total to $32 million, to cover living costs associated with the additional ABE seats while learners attend training

• An additional $1 million for 300 more apprenticeship training seats, bringing the total to 7,000

• $3.2 million for the Apprenticeship Training Allowance to support the increase in training seats

• $500,000 in additional funding for 100 new training opportunities at the Parkland College Training and Technology Centre