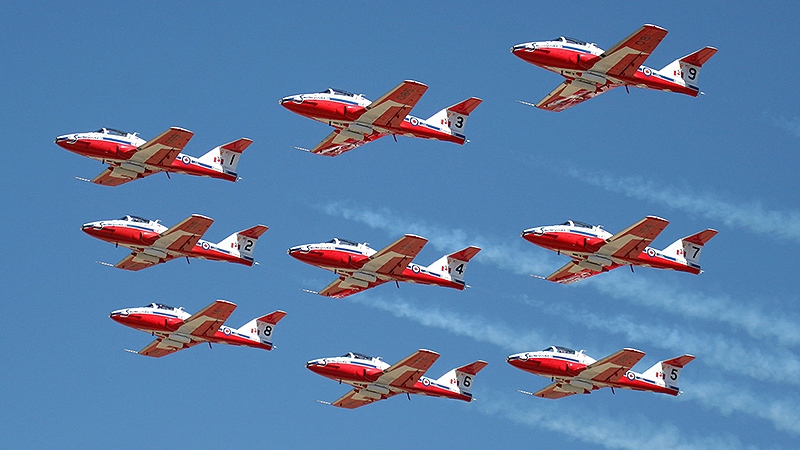 The Snowbirds are seen performing in this file photo.

A Canadian Forces Snowbirds pilot was forced to eject from his plane at a show in Atlanta on Sunday afternoon, according to a tweet from the Snowbirds.

The Moose Jaw based flying team was scheduled to perform at the Atlanta Air Show, but shortly before the performance, Capt. Kevin Domon-Grenier ejected from Snowbird 5. The plane crashed into an unpopulated area.

Snowbird 5, Capt Kevin Domon-Grenier was forced to eject from his aircraft shiortly before our performance in Atlanta this afternoon. Capt Domon-Grenier made it safely to the ground and is okay. The aircraft fell in an unpopulated area and no one was injured. pic.twitter.com/Sz1e8EVyE5

Capt. Domon-Grenier made it to the ground safely, and was not injured.

Airplane crash. A Canadian Snowbird from Atlanta airshow. Pilot ejected safely, but the plane not so much. #atlantaairshow#planecrash #atlanta pic.twitter.com/JsUIv6Nk16

No one else was hurt in the crash.

The Snowbirds added in another tweet that “It is too early to speculate on the cause of the incident.”