Suspects ransacked, burned down home while owners on vacation: RPS

REGINA -- The Regina Police Service is looking for a number of people suspected of raiding a home and burning it down while the homeowners were on vacation.

Police believed the suspects were in a home in the 2200 block of Rae St. for a number of days, and stole much of the property inside.

It is believed by police that once the suspects were finished ransacking the home, they burned it down. The incidents took place between Oct. 12 and Oct. 15.

“On Oct. 15, we were dispatched to assist the Regina Fire Department because there was an active fire at that address and through investigation found that the house had been illegally entered, that several items had been removed from the house, two vehicles that were supposed to be at the property were gone, and then of course, the fire occurred,” Elizabeth Popowich with RPS said.

The home's residents, the Benroth family, learned of the fire while on holidays at Disneyland in California. 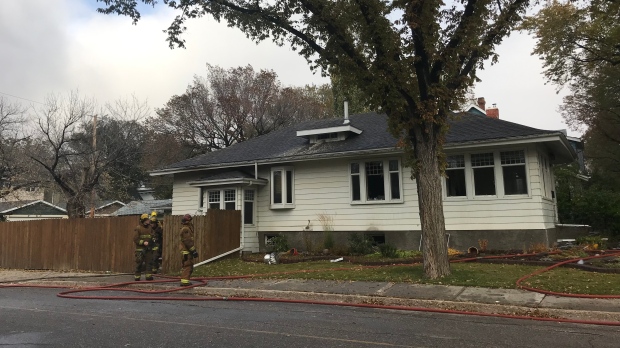 The suspect stole two vehicles from the home that have since been recovered by RPS. At a point the suspects were seen in a red, two-door Chevrolet car with a sunroof and spoiler.

“One of our investigators who’s been working on this tracked down some of the stolen property at some local pawn shops and from there, we were able to acquire some images of people we believe are suspects,” Popowich said.

The first suspect is described as around 20 years old, slender to medium build, around 5’10” with short black hair, wearing a grey ball cap with tattoos on his hands.

The third suspect is described as in his 30’s, 5’10”, medium build with tattoos on both arms and on his left hand.

Anyone with information is asked to contact Regina Police or Crime Stoppers.

CAA Saskatchewan says its best advice for anyone heading out of town on a vacation is to make their home looked lived in and have a trusted neighbour or family member check on the home while you’re away.

“There’s people trolling the streets all the time, so if there’s a driveway that doesn’t look like it’s parked in, people troll for that kind of thing all the time,” Terry MacDonald with CAA Saskatchewan explained.

She added that having a security system is the best way to protect against unwanted entries into your home.