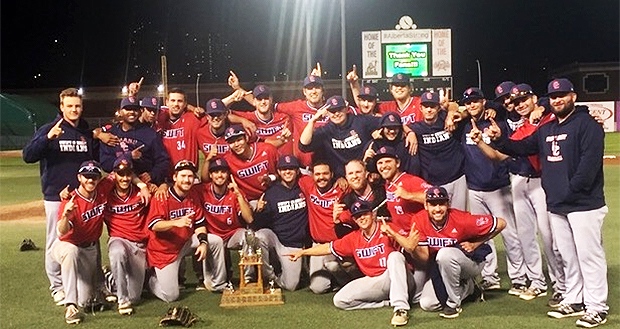 The Swift Current baseball team, then known as the 'Indians,' are seen here in 2016. (http://scindians.pointstreaksites.com/)

SWIFT CURRENT, Canada -- A baseball team in Swift Current, Sask., is the latest to dump "Indians" as its nickname.

The Western Major Baseball League's 2016 champions will now be known as the Swift Current 57's.

On its website, the team says the new name honours the 57 seasons they played as the Swift Current Indians.

The team says its re-naming committee received a lot of passionate opinions from members of the community as well as former players, coaches, board members and volunteers.

It says the new name is a tribute "to each person whose various influences have helped shape the organization."

Last year, a men's team in the Parkland Baseball League in central Alberta changed its name from "Indians" to "Trappers" after years of online pressure and accusations of racism.