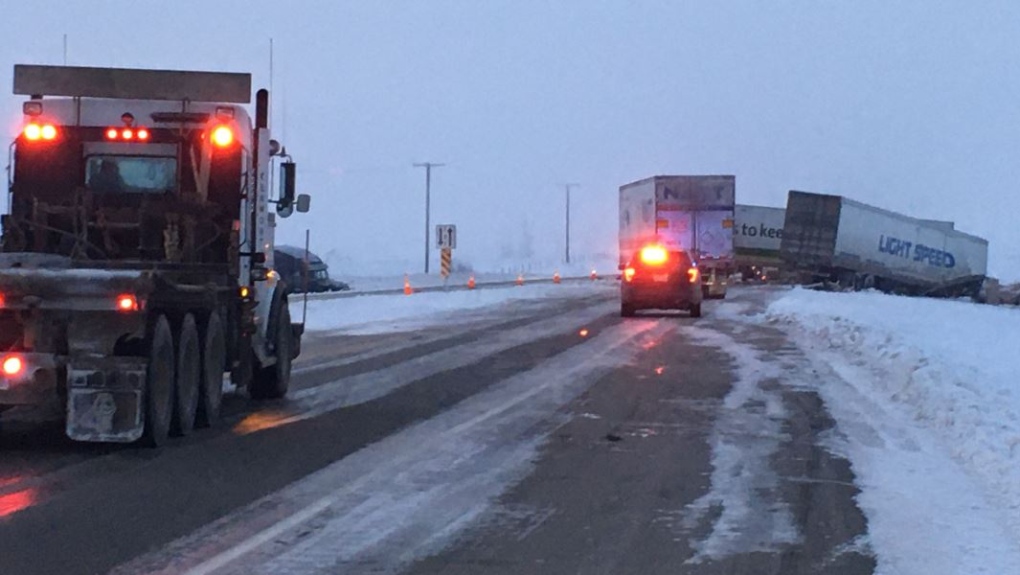 REGINA -- RCMP say a total of three semis were involved in a crash on Highway 39 Thursday near Bienfait, heading towards Roche Percee.

No one involved suffered serious injuries, but two of the three drivers and one passenger were taken to hospital in Estevan and released the same morning.

Around 4 a.m. one truck was travelling from North Portal when the semi jack knifed. Shortly afterwards a second truck driving southeast collided with the first truck and split the trailer from the tractor.

A few minutes after the initial collision, a third truck, also travelling south east, collided with the second semi which pushed it into a ditch. The third semi started on fire.

At the time of the crash, the highways were found to be icy and rutted, along with poor visibility thanks to fog in the area.

The highway was closed for around 12 hours before reopening to regular traffic.