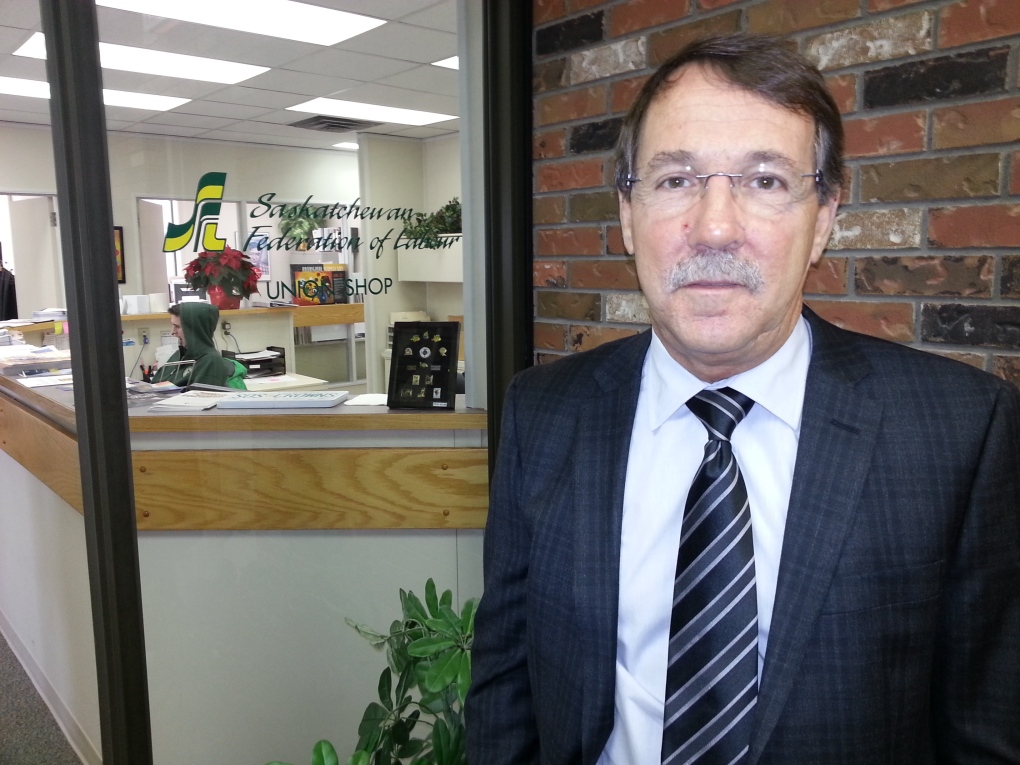 Labour leaders in Saskatchewan say it's unfair for public sector workers to pay for the province's $1 billion deficit.

Saskatchewan Federation of Labour president Larry Hubich said workers shouldn't shoulder the burden of the government's shortcoming and be penalized with wage rollbacks or layoffs.

"There's lots of places they can raise money on the revenue side as opposed to cutting workers and firing public sector workers and forcing them to accept the blame for something they didn't cause," Hubich said Tuesday.

"If he keeps blowing the money the way he has been, there's nothing we can do as a province to manage ourselves out of that mess other than to start managing properly," said SGEU president Bob Bymoen. "I find it just quite disheartening."

Low oil and potash prices are having a greater impact on revenue than expected, while corporate income tax, personal income tax, provincial sales tax and fuel tax are also down.

Wall has said that wages make up 60 per cent of government spending and everything is on the table when it comes to filling the hole in the budget.

He said he hopes unions and public sector employees realize that what's being paid right now might not be sustainable. Elected officials would lead by example, he added.

Contracts for thousands of public sector workers expire this year, including agreements for about 13,000 members of the Saskatchewan Government and General Employees' Union.

The current agreement for more than 13,000 teachers also expires at the end of August. Negotiations for a new agreement with teachers are to begin in late May.

Saskatchewan Teachers' Federation president Patrick Maze said the union "does not support financial restraint measures that have a negative impact on teaching and learning."

Hubich also cautioned against tinkering with deals that are already done.

"I mean it's one thing if public sector workers are at the bargaining table, I guess the government can demand concessions if the collective agreements are open," he said.

"But if I was them, I would tread very carefully on the idea that they're entitled to open up public sector collective agreements and roll back wages. We've seen governments engage in that kind of behaviour and the Supreme Court of Canada has ruled on that."

Manitoba is also eyeing the public sector as it grapples with a deficit of about $1 billion.

Premier Brian Pallister has said the Manitoba government wants to reopen existing collective agreements with public sector workers in order to hold the line on wages and reduce the provincial deficit.

But the Manitoba Government and General Employees Union has said reopening contracts or imposing settlements wouldn't be fair, and would likely be unconstitutional.