REGINA -- Kalpesh Patel has owned a Regina business for a number of years, so he was shocked to see his name and image incorrectly identified as a scab worker in a recent advertisement by Unifor.

On Friday morning he said he received over a dozen phone calls regarding the Unifor ad, and discovered he had been labeled as a “scab worker”.

“I didn’t know what to do, I’ve never worked at the refinery, I’ve never been there,” Patel, co-owner of Birmingham’s Vodka and Ale House, said.

He added that he’s never heard of Unifor, the union representing the workers in the ongoing labour dispute at the Co-op Refinery. He said his business has no relationship with the Federated Co-op. 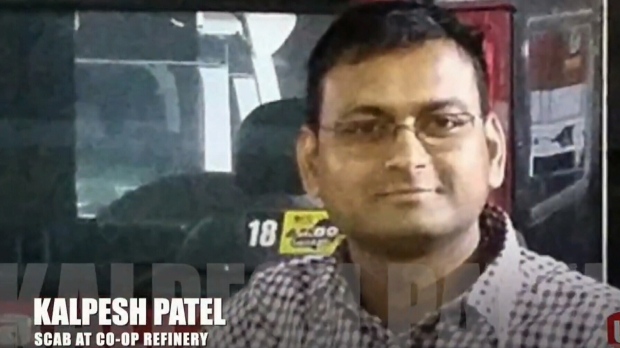 Unifor told CTV News that it is confident that it identified the correct person in the ad.

Patel said the unauthorized and incorrect use of his identity by Unifor has impacted his life personally and professionally.

“I don’t want any further damage to my name and my business,” Patel said.

Since the ad came out, Patel has spoken with his lawyer and tried to continue running his business. He said he just want to see his name cleared.

Patel said he’s not sure if he will be pursuing further legal action.

“I don’t know why they picked me,” he said. “I want to stop further damage to my name and my business.”

Brad DeLorey, a spokesperson for the Co-op Refinery Complex said “the gentleman that appears in the video is not an employee or temporary worker.”

He added that, as far as he knows, the man in the video has never worked at the refinery, or as a contractor.