REGINA -- Saskatchewan Premier Scott Moe said he supports the Black Lives Matter protesters that rallied in Regina on Tuesday, even though he did not attend the event himself.

“I just have all the respect in the world for them as individuals for communicating the message that racism is not all right and black lives do matter.”

Moe said he did not attend the rally on Tuesday morning because he was travelling back to Regina. Future rallies are scheduled in the city over the next week, and Moe said he would “consider” attending, but that he hasn’t “given it any thought.”

“I was not aware of the size and what was going to happen here in Regina today, although I do understand exactly and precisely why so many people did feel compelled,” Moe said.

“There is no place for racism in this province and we will continue to work with whomever we can to get that message out.”

While the hundreds of people gathered at the Rally on Tuesday breached the Public Health Order limiting gatherings to 10 people, Moe said he supports police in their decision to not enforce the order. 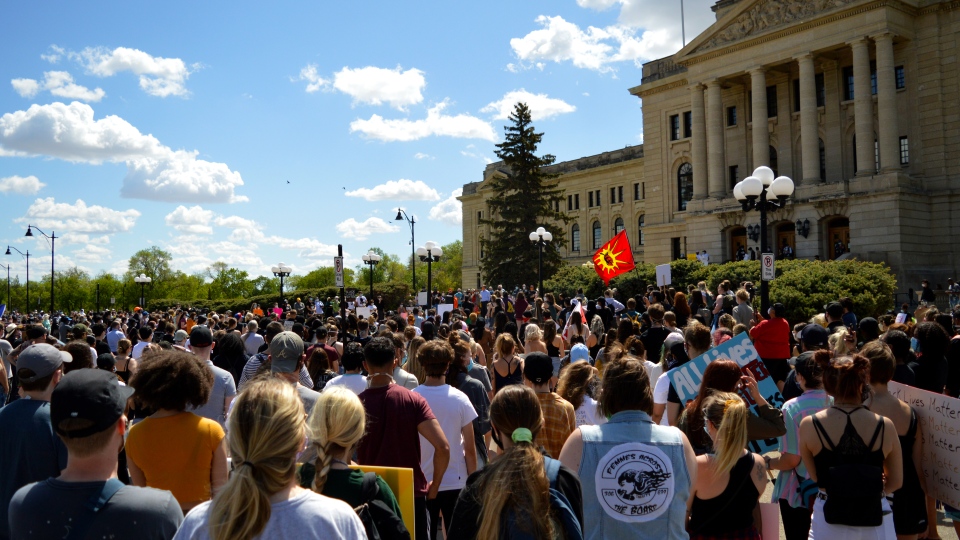 Hundreds of people gathered in Regina for a Black Lives matter rally, following the killing of George Floyd in Minneapolis. (Brendan Ellis/CTV News)